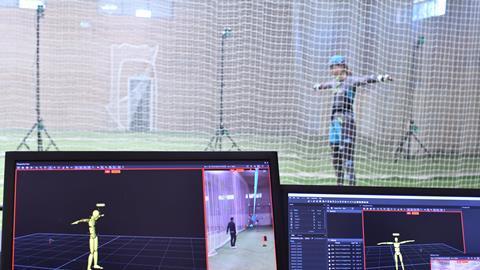 Best Use of Fan Engagement: The Hundred: Avatars

In a world first, cricket fans were given the chance to virtually invite the stars of the sport into their homes and gardens using innovative augmented reality (AR) through the Sky Sports app.

These avatars, representing male and female cricketers, could be shown batting and bowling in the living rooms of the audience either life-size or shrunk down to seemingly play on a tabletop.

This engagement was a crucial part of the broadcaster’s coverage of The Hundred, which is intended to widen the audience for the sport.

The avatars were created by Dimension Studios using advanced facial and motion-capture data of the players. The AR experience, titled ‘Meet the Players’ and created by immersive agency Arcade, gave fans the chance to get up close to the stars of The Hundred and learn how to bat like Liam Livingstone or bowl like Lauren Bell.

The campaign also included a social engagement aspect, with fans sharing photos of themselves or their friends and family with the avatars across social media.

“The avatars were brilliantly innovative,” said one judge. “They really matched the brand of The Hundred and everything it was trying to achieve in terms of engaging a whole new fan base with the sport.

“They took the match analysis to a whole new level and are something I think will grow and grow.”