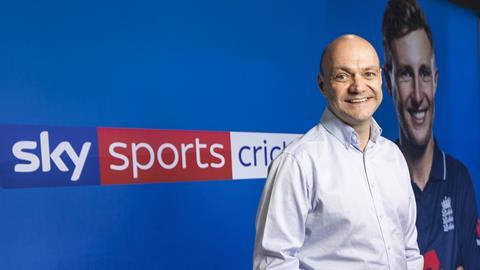 ‘The Hundred TV coverage treated the cricket with respect, while bringing fun elements into the mix and ensuring newcomers weren’t left confused’

The Special Recognition award goes to Sky Sports director of cricket Bryan Henderson and the Sky Sports cricket team for Sky’s coverage of the inaugural The Hundred tournament.

Originally slated for launch in 2020 but halted by the pandemic, The Hundred was supposed to build on the success of England winning the Cricket World Cup and the spectacular Ashes final of 2019. A year on, the new format was finally unveiled to the world during this year’s Summer of Sport.

The TV coverage treated the cricket with respect, while bringing fun elements into the mix and ensuring newcomers to the sport weren’t left confused by the complexities of the game.

It proved a ratings success, with several records set in terms of both television viewing and match attendance, particularly for the women’s matches.

Everything about the way The Hundred was crafted and marketed pitched it as something completely different to what people would usually associate with cricket.

Sky was the host broadcaster and also showed all games live on dedicated channel Sky Sports The Hundred, with its coverage including the build-up, live action and post-match analysis. All women’s matches and a significant number of men’s games were also streamed live for free on the Sky Sports Cricket YouTube channel.

Henderson and the Sky team took their role seriously, creating a five-tier strategy for how the broadcaster would cover the tournament. The first tier – ‘Cricket is for Everybody’ – was about ensuring as many people as possible saw the matches. Selected games were streamed live on the Sky Sports Cricket YouTube channel and all the women’s games were available free-to-view.

The second pillar was ‘Sports-led entertainment’, which ensured the coverage would appeal to a wider audience than simply traditional cricket fans. To this end, Sky anchored its commentary and presentation from a “fancy ice-cream van” on the boundary.

The third pillar – ‘Who’s Winning?’ – was about demystifying the game to those new to the sport. It centred on devising a new set of simple-to-follow on-screen graphics. The fourth pillar – ‘Closer to the Players’ – led to the creation of avatars of leading cricketers to demonstrate their key moves.

The final pillar – ‘Force for Good’ – was about diversity, inclusion and sustainability. Sky committed to on-screen talent being 50% minority ethnic, and there was gender parity throughout the whole tournament, with terms like ‘batters’ replacing ‘batsmen’. Sky’s broadcasts were also Bafta Albert certified.