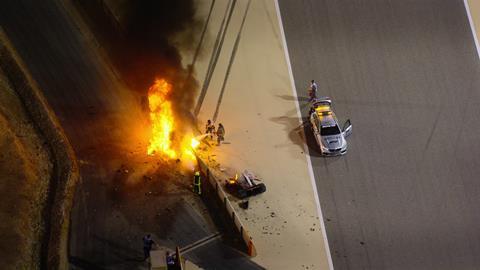 Sports Documentary of the Year (Series): Formula 1: Drive to Survive

Box To Box Films for Netflix

The definitive sports documentary series of this era,” is how one judge described Formula 1: Drive To Survive.

Made by Box To Box Films for streaming giant Netflix, the series doesn’t take its foot off the pedal for its third season, released in March.

Over 10 episodes, Drive To Survive follows several of the biggest Formula 1 teams, from Mercedes and Ferrari to McLaren and Renault, as they battle for the championship over the course of a season.

As a character-driven show, the ultimate appeal of the series lies in its narrative. The personalities and charged relationships of the individuals at the heart of the sport, from star drivers like Lewis Hamilton to the owners, mechanics and team principals, provide the foundation of the series, which is why it stands out in the world of sports documentaries.

The series has shifted the way F1 is perceived and consumed by the public, drawing back the curtain on one of the world’s most exclusive sports.

“It has broken down the walls around an extremely insular sport and introduced a new, younger generation of followers to F1,” said one judge. “The storytelling is what really makes the series stand out from the competition.”

You Guys Are History
Sky Sports for Sky Sports Cricket