Sudan: The Last of the Rhinos

Making the most of beautifully shot footage 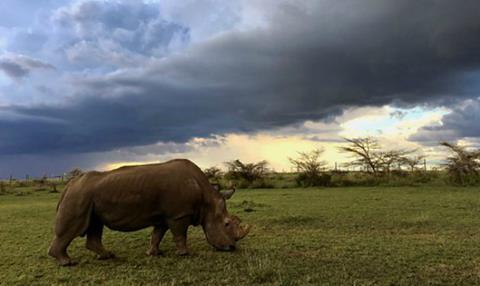 Brief Picture and sound post-production on the story of Sudan, a 43-year-old Northern White Rhino and the very last male of his kind on the planet.

How it was done The film follows the team’s desperate 11th-hour efforts to use cutting-edge animal fertility treatment to breed a new generation of rhinos. Colourist Jack Jones developed a warm naturalistic feel for the doc that was based on director Rowan Deacon’s vision. Making the most of beautifully shot footage, Jones was able to concentrate on the narrative, ensuring Sudan was shown in his best light. As well as ingesting footage and archive to DNxHD 36, Roundtable housed the offline and handled the voiceover and audio. The dubbing mixer was Dan Weinberg, with Andrés del Caño doing the online.