BT Sport, Dorna, Vislink & the University of Strathclyde worked on the innovation at the British Grand Prix 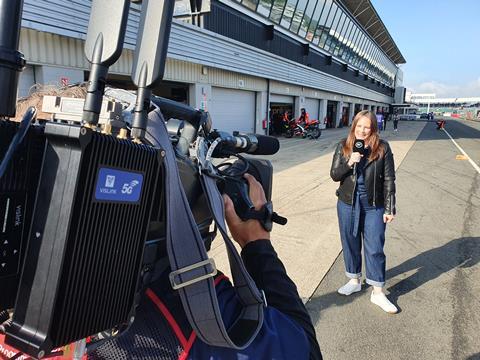 A standalone private 5G network was used to broadcast from the MotoGP British Grand Prix.

BT Sport, Dorna, Vislink & the University of Strathclyde partnered on the innovation, which saw pictures broadcast to a worldwide audience from a 5G handheld camera which was on the grid before each of Sundays races. An onboard 5G camera also beamed back pictures from a test bike.

Vislink provided a 5G version of their tried and tested H-cam handheld wireless camera transmitter, and a new 5G bike onboard transmitter that has been fitted to the media bike to bring live high-speed images from the event. These were connected to a private standalone software-defined 5G network provided by the University of Strathclyde that covered the pitlane, paddock and part of the circuit. 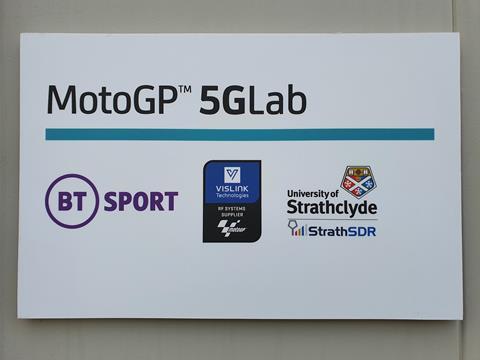 These pictures were sent to the Dorna production team producing the International Production Feed (IPF) which is then shared with rightsholders including BT Sport - who then used the feed and cut it live to use in broadcast.

Andy Beale, chief engineer at BT Sport, said “This was an exciting and successful collaboration between partners showcasing the power of a standalone 5G network to enhance sports production.”

Mickey Miller, Vislink CEO, added: “We would also like to acknowledge the collaboration with Qualcomm in helping us achieve our joint goal,”.