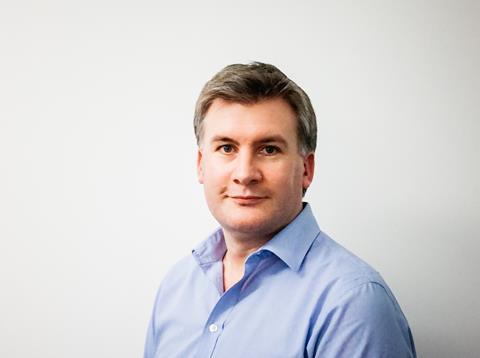 The founders of Nativ have launched a new software business that will use artificial intelligence (AI) techniques to help media companies automatically process and manipulate live video.

OnFrame is the brainchild of Jon Folland (pictured), Gordon Ashworth and Nick Ryan, the trio behind media logistics company Nativ which was sold to Ooyala in 2015.

OnFrame is developing a cloud-based and API-driven media processing platform, also called OnFrame, that will allow users to create their own automated workflows for analysing, tagging, searching, augmenting and re-purposing live camera streams in real-time.

The platform, which will also handle recorded video, will be able to extract meaning from content in real-time, insert objects into scenes and provide for “scalable” transcoding.

A beta version will be demonstrated at IBC in Amsterdam (15-19 September).

Folland, who has taken on the role of chief executive in the new business, said the aim of OnFrame, is to “generate real-time actionable data and augmented video, tailored by the customer, for their own needs.”

“We want to provide an API-driven developer platform to capture, process and augment masses of video and audio streams cheaply and scalably, using state of the art machine learning.”

“[It will have] features you typically find in expensive, black box systems,” he added.

Although there are suggested uses, including several for live sport, Folland and his team will use IBC to get feedback on the platform as he is keen to “let businesses come up with their own use cases.”

OnFrame will be made available on a pay-as-you-go basis. Although exact pricing is yet to be decided there is likely to be a lightweight and a premium version.

Plug-Ins from third parties will be made available as will a Software Developers Kit (SDK).

The company, which is privately funded, is currently looking for beta testers for the platform.