Nuke to be honoured at Sci-Tech Awards 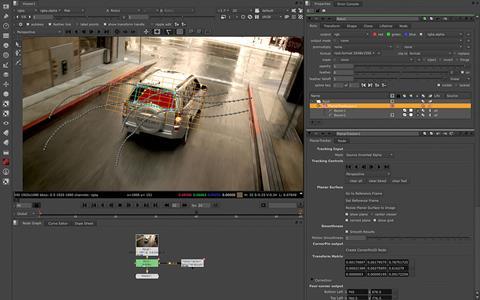 British VFX software company Foundry has revealed members of the development team on its VFX/compositing staple Nuke are being honoured by The Academy of Motion Picture Arts and Sciences at the annual Scientific and Technical Awards on 10 February.

“[Nuke is] the backbone of compositing and image processing pipelines across the motion picture industry.”

On top of this, Bill Spitzak, the original author of Nuke at Digital Domain, and Jonathan Egstad, one of Nuke’s early developers, will be honoured for the ’visionary design, development and stewardship of the Nuke compositing system’.

The Academy described Nuke as “the backbone of compositing and image processing pipelines across the motion picture industry.” This claim is borne out by the fact every film nominated for the Academy Award for Best Visual Effects in the last six years being made using Foundry’s software.

The Foundry’s Wadelton said being recognised by The Academy was “testament to the capabilities of Nuke as a high-performance tool for artists. The brilliant team working on Nuke continues to push the boundaries of what the tool is capable of, supporting artists as they bring their incredible ideas to life.”