Royal wedding to be broadcast to US cinemas

US cinema viewers will get a live, commercial-free broadcast of Harry and Meghan’s wedding 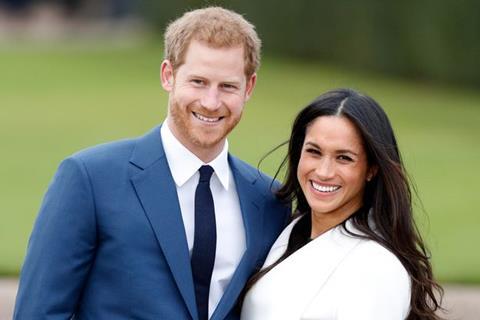 The wedding of Prince Harry and Meghan Markle will be broadcast live into 200 cinemas in the United States.

The screening is being organised by event cinema distributor Fathom Events and BritBox, the subscription service from BBC Studios and ITV.

Harry & Meghan: The Royal Wedding will be presented commercial-free to cinemagoers from 10am local time on May 19, and will be delivered through Fathom’s Digital Broadcast Network (DBN).

BritBox President Soumya Sriraman said: “A Royal wedding has never before been screened in movie theatres, but we believe that an event as monumental as this one is fit for the big screen.”

“There’s something special about witnessing history unfold,” said Fathom Events CEO Ray Nutt. “We’re thrilled to partner with BritBox to give moviegoers across the country an opportunity to watch one of the most exciting events of the year in a grand, cinematic setting.”

Fathom Events is owned by AMC Entertainment, Cinemark Holdings and Regal Entertainment Group. It has broadcast live performances of the Metropolitan Opera, stage productions including Newsies! The Broadway Musical and George Takei’s Allegiance and sporting events such as Mayweather vs. McGregor. Its digital broadcast network can broadcast live and pre-recorded events to 917 locations and 1,440 screens in the US.