Testing TV in the Netherlands 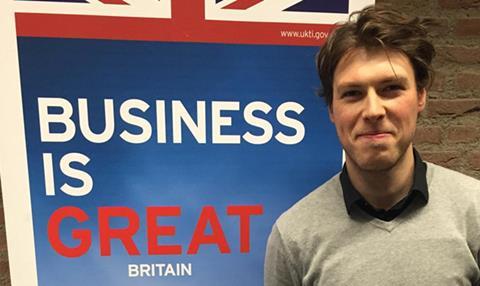 What formats are working well in your territory?

We have lots of discussion programmes - if you turn on TV you will be able to find a talk show straight away. They take on various guises – politics, food, technology and especially culture.

In the last couple of years the government here has focused more on increasing the amount of cultural / educational content on Dutch public television to make viewers more aware of the fact that we have lots to be proud of.

One of the most popular shows in this genre is the hour-long De Wereld Draait Door (The World Keeps Turning), which runs on Dutch public broadcasters NPO.

DWDD is a daily mixture of news, information and comedy and regularly attracts 1.5m people – 10% of the population. I think it’s big because in Holland we like to analyse criticise and discuss just about everything.

Increasingly so. We have an international documentary festival, IDFA, which runs every year in Amsterdam for 11 days in mid-November. It attracts around 2,500 filmmakers from around the world and it’s also a good opportunity for people to meet Dutch commissioners and funders face-to-face and find out what they’re looking for.

Are there opportunities to form partnerships with local production companies?

The main opportunity is as a test bed for new formats and also through acquisition. We’re a small nation (16m), with sophisticated tastes and a strong track record for producing internationally successful formats such as The Voice and Big Brother via production companies such as Talpa, Endemol and Eyeworks.

If a format works well with a Dutch audience, there’s a good chance that it will do well internationally, especially in the US and UK. ITV clearly saw an opportunity after buying Talpa last year for £355m, while Warner Bros acquired Eyeworks two years ago for £190m.

What are the main challenges of doing business in your territory?

The market is small and very competitive. Commercial broadcasters such as RTL and SBS are already well served for formats coming from big hitters such as Endemol and Eyeworks.

I would view the Dutch market as a place to test, develop and research your product. On the plus side is the fact that 90 per cent of the population speak English and that there are many cultural and geographical similarities between Holland and the UK.

Who are the main broadcasters in Holland?

Via subscription packages Dutch audiences also have access to many English-speaking channels such as the BBC, Discovery International and Comedy Central.

Digital cable operator Ziggo (now owned by Liberty Global) has also recently launched its own channels including a non-premium sports channel available to all of its subscribers. It has announced that it is going to broadcast English football – something which is extremely popular among Dutch viewers.

Netflix is increasingly popular especially among younger people and it is starting to offer more culturally specific Dutch content. As a response to Netflix’ growing popularity public and commercial broadcasters joined forces in attempt to claw back market share via their own jointly owned SVoD and catch-up subscription service, NLZiet, which launched in 2014. RTL and NPO also have their own catch up apps.

What internationally successful formats are popular among Dutch TV audiences?

The Voice still really popular - there’s talk in the market that we’ve reached saturation point with talent shows - but this show still attracts lots of viewers.

From the UK, Top Gear and Downton Abbey are really popular - as is Sherlock. Sherlock sums up a lot about what Dutch viewers like – it’s a sophisticated crime series and its longer format works well here.

Formats of 90-minutes plus generally work well - we embrace things that go into more in depth.