“A powerful and innovative piece of programming.” 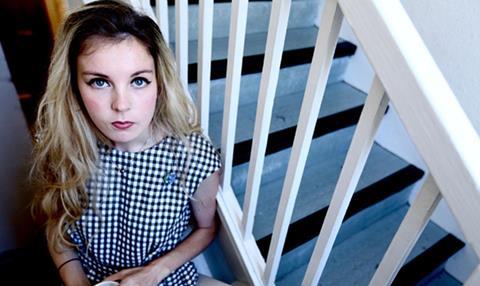 “The Accused was a powerful and innovative piece of programming that shone a stark light not only on a part of the judicial process that’s rarely seen, but also into the dark recesses of human frailty.”
Gerard O’Donovan, The Telegraph

“The beauty of this one-off documentary was that it enabled us to form our own judgment before the verdict was revealed. The frustration was that so much detail had to be condensed to fit it into a 90-minute episode.”
Christopher Stevens, Daily Mail

“While we didn’t face the thousands of pages of transcripted phone calls, text messages, police interviews and medical opinion, we got some flavour of the work that goes into a major court case. As every legal drama reminds us (and far less well than this landmark documentary) ‘Justice’ and ‘justice’ are not quite the same thing.”
Matt Baylis, Daily Express

“Up to this point, this adaptation of Louise Doughty’s novel had a been a fine piece of work indeed. But this fourth episode lifted it to another level, electric as it was with dramatic confrontations that kept on coming right up to the final seconds. At once edge-of-your-seat and really rather profound, it was the very highest calibre of primetime TV drama.”
Hugh Montgomery, The i

“After some knockout acting from Emily Watson, the final disclosure gave the tail a nice little sting.”
James Jackson, The Times

“While it satisfied at the fundamental, thriller-plot level of wriggling and squirming and keeping us thoroughly gripped, it lacked something crucial. This drama that started out by offering what seemed like a genuinely different and imaginatively challenging take on the age-old trope of an adulterous affair gone wrong finished on a disappointingly conventional note.”
Gerard O’Donovan, The Telegraph

“Apple Tree Yard was deeply pretentious and painfully slow, but worst of all were its characters. It was impossible to like anything about any of them. And so — guilty, not guilty, grey area in between… I just couldn’t care.”
Christopher Stevens, Daily Mail

“Ben Macintyre’s tale of the inception of the SAS in the north African desert in 1941 had authority about it because this is the first time the corps has opened up its archive, old footage and all. Yet while the raids behind enemy lines had the derring-do of Where Eagles Dare, it is Macintyre’s continued fondness of wartime rogues that give his yarns their rip.”
James Jackson, The Times

Confessions of the Paparazzi, Channel 4

“As a documentary, this is good fun. George Bamby is given enough rope without being set up to fall. For all its comedic chaos, however, there’s a bleakness contained within: give ’em what they want, at all costs. Bamby’s rambunctious tale feels depressingly timely.”
Rebecca Nicholson, The Guardian