With the deadline for file-based delivery looming, Broadcast partnered with the DPP for two panel discussions at Rada in London to discover if the industry is ready for the change. 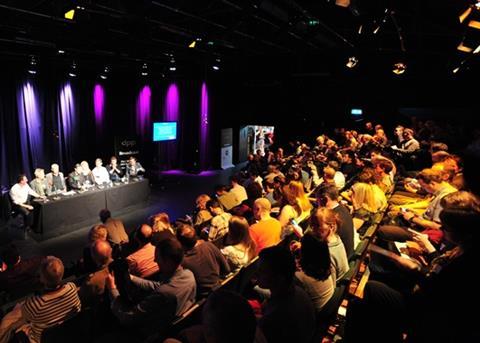 From October, ITV and Channel 4 will join Channel 5 in no longer accepting programmes delivered on tape. The same month, the BBC will start its own move to file delivery.

Opening the Broadcast debates on the subject, Digital Production Partnership chair Mark Harrison made clear the scale of the change. “I can’t think of another occasion when the whole industry made a change together at the same time. Even HD came in quite gradually. For us to be focused around this is quite exciting and feels wonderfully collegiate,” he said.

For production companies, one of the biggest challenges relates to late-delivery programmes, due to the time it takes to create and deliver an AS-11 file for TX.

A prime example is Lime Pictures’ twice-weekly constructed reality show The Only Way Is Essex, which is delivered only a few hours before transmission. Head of operations David Boyle said Lime does not want the move to file-based delivery to adversely affect the editorial or creative process of producing the show.

“We have discussed with ITV about delivering The Only Way Is Essex on tape until the technology [to create a file] catches up with the demands of this type of show,” he said. “Ultimately, we want to comply with the requirements, but there are some genuinely exceptional circumstances.”

Production company The Garden is about to start shooting the latest series of 24 Hours In A&E for C4. It was keen to continue delivering on tape, but the broadcaster has insisted that both new series - 31 hours of content - are delivered as files.

“The biggest problem with 24 Hours In A&E is not creative changes, it is consent changes,” said production executive Steven Hunt. “The nature of a medical documentary series is that a contributor may change at the last minute. We don’t want a situation where we have to make a new file, so will plan for a longer offl ine schedule to allow us an extra week of consent checking.”

Although programme budgets in a file-based world are likely to remain the same, there are additional costs to file-based delivery, said Hunt. “It comes down to the relationship with our post house and how we negotiate with them.”

However, Harrison said he couldn’t see any reason for programme budgets to change. “There are costs and savings and, as far as I can tell, they are roughly in balance. Over time, file working will probably become slightly cheaper,” he added.

For Boyle, the real savings will come at the end of the investment cycle for VTRs. “We expect to be cost-neutral in terms of process because it may take slightly longer, but the kit is considerably cheaper than HD video-based infrastructure and equipment,” he said.

During the production discussion, a question from the floor raised the issue of how to manage a file-based archive.

Although production companies have been acquiring and postproducing content as files for some time, it seems the move to file-based delivery has made the need for a robust archive solution more pressing, with a greater desire for a more managed approach to enable content to be retrieved quickly.

DPP chair Mark Harrison revealed that archive is an area on which the DPP is “very focused”. Although it’s not yet clear whether the DPP will produce a standard or a set of guidelines, post-production firms are looking to provide production companies with a solution by offering fixed-term storage over a few years at a similar price to the cost of producing an HD Cam SR tape which, from October, will no longer be required by UK broadcasters.

The message from post facilities to production companies about the impending October deadline for file-based delivery was simple: ‘don’t panic!’

“It’s just another production deliverable, I can’t emphasise that strongly enough,” said The Farm joint managing director David Klafkowski. “Your master is intrinsically your flattened timeline file, so the creation of the AS-11 file is just that distribution content.”

The main area of uncertainty for post relates to the profiles of automatic quality control (AQC) systems. “We received a programme for ITV recently that was DPP spec from end to end and had been signed off as passing QC. But when we ran it through a Cerify check, we found it was way out of gamut in a lot of places,” said Deluxe Media’s Ian Beushaw.

“Because of that, we need to have a unified profile that you can download from the DPP so that we will all use the same.” Re:fine senior solutions architect Matt Goble asked if manufacturers would seek to provide compliant profiles too.

“The tool itself could be compliant but if it’s not set up correctly, it won’t give the right results,” he warned. Evolutions operations director Owen Tyler raised a similar concern about photo-sensitive epilepsy devices. “It’s frustrating that a test can be compliant but a broadcaster using another device could suggest otherwise,” he said.

The DPP is in the process of setting up a compliance programme that is an extension of its quarterly manufacturer interoperability days, which provide manufacturers with opportunity to spend time assessing how compliant their DPP files actually are.

DPP board member and ITV Studios technology director Andy Tennant said the scheme would help to give the industry some level of certainty that products that claim to be DPP compliant actually are.

He said: “We are setting up a test lab and a compliance programme at the moment. We are a couple of weeks away from being able to produce a final test. We are also trying to do an end-to-end test to help manufacturers, and hope to make more concrete announcements on that in about four weeks’ time.”

During the post-production question- and-answer session, it was suggested that the shift to filebased delivery - and in particular broadcasters moving away from carrying out a full QC check - had led to confusion over who was responsible for a programme.

Harrison was clear that this was one area that had not changed. He said: “The emphasis is being placed on production taking responsibility for the readiness of a finished programme for transmission and people are finding that quite focusing. There’s actually nothing different about that.

“If you look at the contracts, it’s always been the case. We’re removing the repeated technical quality control by broadcasters, but editorial responsibility is the same.”

IMG Studios general manager Shane Warden said freelance editors, upon whom the industry relies, need to be fully aware of the wider changes. He revealed that IMG Studios has started to draw up a roster of DPPproficient editors who understand the broader aspects of file-based production.

“As a facility, we are starting to challenge productions to do a little sanity check,” he said. “It’s almost as though we need a cycling proficiency-style badge to say that a freelance editor understands the responsibility, and by doing their job in a thoughtful way they can see off some of the problems.”

Prime Focus head of operations Kate Robson said that one of the priorities for post was to look at automating certain processes. “File delivery allows us to do that on a much larger scale than in the tape world, so it comes back to how AQC is progressing and how we move assets throughout the company,” she said.

With changes to quality control and post-production processes now inevitable, facilities are trying to ensure the process isn’t too disruptive and dissimilar to that of the tape-based world. “The main thing for us is holding the hands of our clients and to help them understand the different timings,” said Tyler.

Although we are in the middle of a period of significant change and upheaval, the benefits are just around the corner, according to Klafkowski.

“When we deliver an AS-11 file with a document to say it has been watched and this is what the production company wants, that will then TX,” he said. “It is a verified and 100% copy - not a tape that’s been on a courier bike, sat on the train and had a cup of coffee poured over it. It will be exactly what we intended.

“As a facility, that is so refreshing. It might not seem it at the moment, but [file delivery] is simplifying the process.”