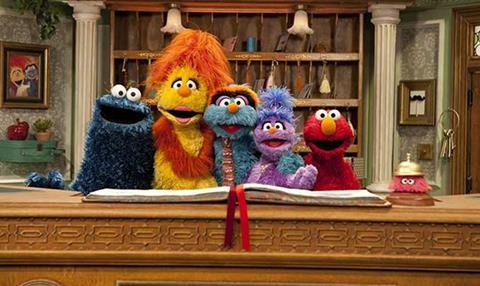 Creative Flix Facilities
Client CBeebies and Sesame Workshop
Brief Create the opening titles, hotel exteriors and in-show song sequences for a new 52 x 11-minute pre-school series about a hotel run by puppet monsters.
How it was done Live-action puppet elements were supervised on set by members of the Flix team before being composited and animated in the Adobe Creative Suite and DS Nitris. Exterior shots of the hotel that match the studio interiors were then built in Autodesk 3ds max. For the end shots, 50 puppets were filmed, rotoscoped and keyed before being composited together in live-action plates from the studio. Animation director Simon Partington was the creative lead on the project. The team included Flix senior online editor Mark Wharton, graphics and composite artist John Whittington and CGI and VFX artist David Wolstenholme.
Watch it Now on CBeebies