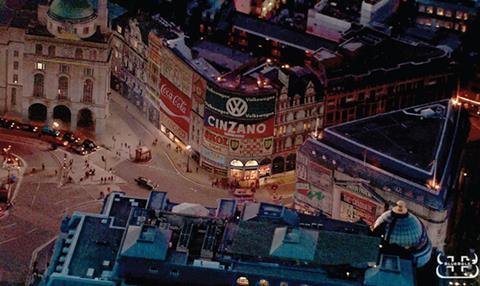 Brief Provide VFX to help turn Birmingham into 1970s London for the six-part Cold War spy thriller, which is set in 1972.

How it was done A team of artists, led by BlueBolt VFX supervisor Henry Badgett, altered the Birmingham-shot location material to place the action in London. Digital matte painters used Adobe Photoshop and compositing artists used Nuke to comp and finish. Iconic places such as Piccadilly Circus and Shaftesbury Avenue had layout, buildings and signage recreated to look as they did in the early 1970s, blending CG with live action. The series also required green-screen replacement and the clean-up of non-period items such as graffiti. Outside the city, a period shipyard was created in digital matte painting and a Dan-Air CG plane integrated into an airport.