Provide post-production and visual effects for a 135-minute fantasy drama, based on Jasper Fforde’s novel 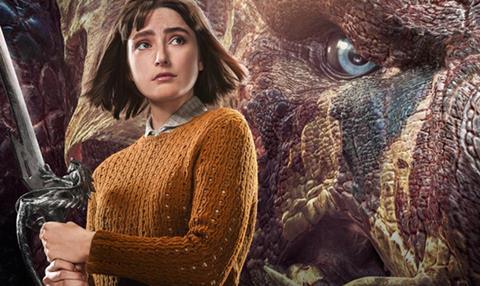 Brief Provide post-production and visual effects for a 135-minute fantasy drama, based on Jasper Fforde’s novel

How it was done Working with DoP Adam Etherington and VFX supervisor Adam McInnes, senior colourist Asa Shoul opted for a glossy and colourful look that was applied using Baselight.

The trickiest scenes were those featuring a dragon, which were shot over several days in extremely changeable weather conditions. For these, Shoul added sunlight to cloudy shots and pulled additional detail from the skies.

The lead actress’s cloak was given a very precise burgundy colour, while the grass was made to appear golden and rocks were supplemented with a stoney blue.

Mattes were used to correct the colour of the dragon across all scenes, putting the focus on the tips of its wings.

For the dragon sound effects, editor Tony Gibson recorded himself growling, snarling and roaring and then combined that audio with other animal sounds.

The VFX supervisor for Milk was Nicolas Hernandez, with Joe Tarrant supervising the animation.