The Living and The Dead 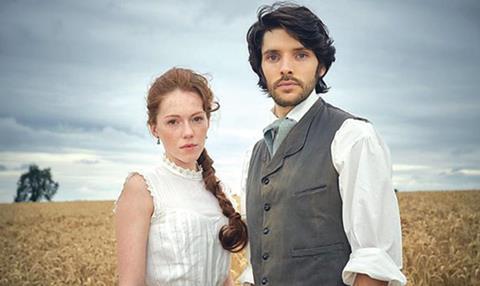 How it was done For the grade, senior colourist Asa Shoul took his lead from the golden summer wheat fields and brown autumn forests of England in 1894, making reference to early photographic techniques. Working with DoP Matt Gray, he used Baselight’s Autochrome function to limit the variation in colours, mimicking the Lumière brothers’ first colour process, in which the images would often have just two or three tones. Using Baselight’s Blend function enabled him to dial exactly the right amount of autochrome so that it didn’t feel forced. He also tilted the skies to be a little more cyan than blue to boost the period feel.

Watch it Tuesdays on BBC1 or as an iPlayer box set