A title sequence for a new BBC sitcom set in an advertising agency that helps to set the scene and introduce the characters. 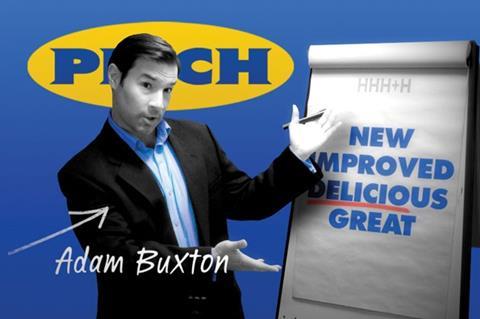 Brief: Create titles and stings for a new BBC2 sitcom set in an ad agency.

How it was done: The concept combines characters brainstorming around a flip chart with parodies of famous brands. Actors were photographed in poses that refl ected their characters. Using After Effects and Photoshop, the photos were then cut out, coloured and composited with the environment artwork.

Senior designer Russell Hilliard came up with the concept and original design. Simon Wade did the compositing in After Effects.