The Sikhs of Smethwick; Who Do You Think You Are?; The Big Food Rescue

“This brilliant film told the community’s journey from unwelcomed arrivals to Smethwick stalwarts.” 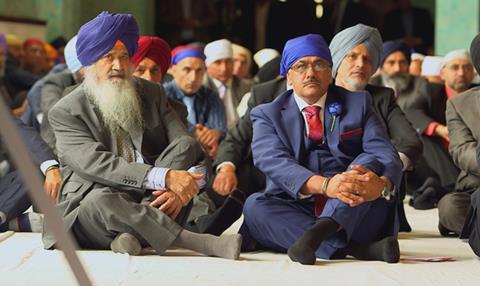 The Sikhs of Smethwick, BBC4

“In the 1964 election that brought Harold Wilson to power, the Labour seat of Smethwick in the Midlands fell to the Tory Peter Griffiths, who had exploited concerns about immigration from the Punjab. No doubt the indigenous did feel hard done by, but life for the newcomers, as revealed by Billy Dosanjh’s enlightening and measured documentary The Sikhs of Smethwick, was tougher.”
Andrew Billen, The Times

“Dosanjh argued that Smethwick’s 60s racism has its echo today. I wanted more from him to clinch that point. Instead, we got something lovelier – beguiling footage from the intervening half century chronicling the lives of the Sikhs of Smethwick - Punjabi wrestling tournaments, wedding videos, booze-ups and dancing.”
Stuart Jeffries, The Guardian

“This brilliant film told the community’s journey from unwelcomed arrivals to Smethwick stalwarts, through the story of various marriages. It seemed as if the coming of the women had been a key part of the change.”
Matt Baylis, Daily Express

“Another fine episode of Who Do You Think You Are? saw actress Amanda Holden trying to find out why so many of her ancestors had borne the middle names Louis or Louise. No one had the heart to tell Amanda that there are other reasons why soldiers suddenly marry local girls.”
Matt Baylis, Daily Express

“It’s great to see our licence fee making celebs’ dreams come true. I hope that doesn’t sound sarcastic. What exasperated me, though, was that this series has given up showing how past shapes present in favour of cherry-picking ancestors’ biographies for interesting stories.”
Stuart Jeffries, The Guardian

“An inspirational show made on a budget that wouldn’t buy you a box of microwave ready meals. Television with such a practical message is rare. It lacked refinement, and sometimes looked as though it had been made for schools. But that’s appropriate: it was a real education.”
Christopher Stevens, Daily Mail