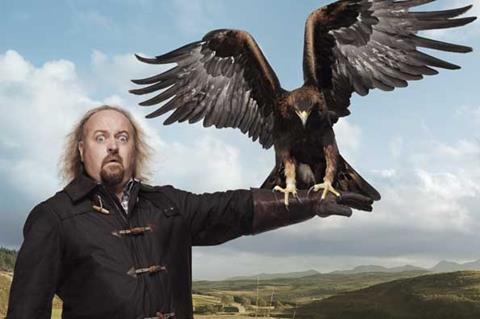 The Baselight from Filmlight was added to the company’s predominantly Avid-based facility just before Christmas and will now be used to grade television, corporate and commercials work.

Managing director and co-founder Michael Peatfield said: “Our existing clients have been moving towards grading as a separate process and the lack of that facility has proved somewhat inhibiting in the acquisition of new business.”

“With the addition of grading, we can match our larger competitors on the range of facilities, while still providing a truly personal service, ” added facility manager Jenny Field.

The Baselight has already seen its first action, with work completed on the Fever Media produced Bill Bailey’s Birdwatching Bonanza for Sky1 (pictured).

The Baselight also opens up other possibilities for the Bloomsbury Street based company.

“We have every confidence that the choice of Baselight will help us deal with new formats as and when they appear,” said Peatfield. “For example, 3D stereo-grading is now supported in the latest Baselight release.”

The Baselight deal was financed by MediaLease.