The Truth About Cosmetic Treatments; Manctopia; Our Yorkshire Farm; Our World

“You have seen at least 80% of this programme in some shape or form at least 1,000 times before” 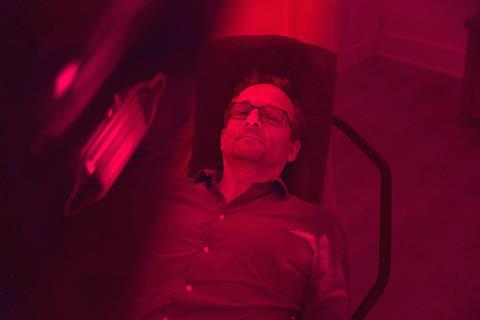 The Truth About Cosmetic Treatments, BBC1

“You have seen at least 80% of this programme in some shape or form at least 1,000 times before. The second episode is sure – yet again – to hammer home the already well-known risks of doing anything other than sitting in a darkened room until the end of time. More helpful, perhaps, would be a programme that descended, if only slightly, from the moral high ground and stopped wrinkling its nose – something that is sure to speed up the ageing process.”
Hannah J Davies, The Guardian

“What was slightly surprising about this programme was how little people minded about being filmed before, during and after their procedures. This alone showed how much attitudes have relaxed about admitting to facelifts, nose jobs and nip-tucks. As usual with these investigations, the findings were mixed and there was the sense that the script had been thoroughly looked over by the BBC lawyers.”
James Jackson, The Times

“This documentary confirmed what many of us have suspected all along: the difference is often imperceptible to the naked eye. Previous Mosley medical shows have introduced revolutionary ideas, such as the 5:2 fasting diet. This one simply sounded a warning note, encouraging us to think twice before splashing out thousands of pounds on dubious treatments from practitioners who might have no professional qualifications.”
Christopher Stevens, Daily Mail

“Mosley bravely volunteered to have his own crow’s feet blitzed by a gadget which, as its operator enthused, ‘melts the skin instantaneously’. Once the rawness and swelling on his face had subsided, Mosley was disgruntled to find that it hadn’t made much difference. Other customers were left similarly deflated. As dermatologist Tamara Griffiths warned, then, it’s a case of ‘buyer beware’.”
Adam Sweeting, The i

“As a portrait of urban inequality, Manctopia: Billion Pound Property Boom is proving to be more enjoyable than one might rightfully expect of it. With a map of the city popping up to show where the various people we meet live in this wheel of fortune, it is giving a clear sense of the reality of gentrification.”
James Jackson, The Times

“To see nine-year-old Violet confidently delivering a lamb, while her teenage brother Miles keeps an experienced eye on the birth, is remarkable, in an age when many parents won’t even let their children walk to school unchaperoned. Our Yorkshire Farm has been a triumph for Channel 5 and this last episode in the series was the best.”
Christopher Stevens, Daily Mail

“Stories of the destruction of the environment are depressingly common but in Our World: Colombia: Saving Eden, Frank Gardner brought a fresh slant to his punchy account of a botanical expedition to Colombia.”
Adam Sweeting, The i