“It is a lot of fun. Until you suddenly remember that it is not The Thick of It, it is our government.” 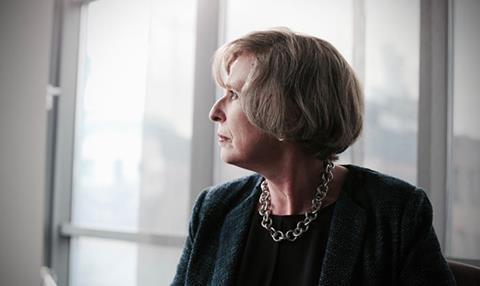 Theresa vs Boris: How May Became PM, BBC2

“It is a lot of fun. Until you suddenly remember that it is not The Thick of It, it is our government. And that these people are running the country.”
Sam Wollaston, The Guardian

“It rattled along nicely enough but the overriding sense was one of egos and grudge-settling taking precedence over the good of the country. As we begin the most complex diplomatic negotiations since the Second World War, it’s worrying to think the same people are still in charge.”
Jeff Robson, The i

“With acted-out segments broken up by the candid recollections of various Westminster heavyweights, this docudrama hybrid was both illuminating and depressing.”
Matt Baylis, Daily Express

“Perhaps if the Prime Minister had delivered her ambition of winning a strong and stable landslide, Theresa v Boris might have seemed as harmlessly retrospective as was intended when it was filmed. As it is, the new reality that all the jostling, backstabbing, and in-fighting might be going on again in Westminster even as we watched, felt too near the knuckle to be amusing.”
Gerard O’Donovan, The Telegraph

“The gold standard for these accounts remains Randolph Churchill’s 1964 The Fight For the Party Leadership revealing how Alec Douglas-Home emerged from the Tory magic circle, but, with frank contributions, especially from Nigel Adams and Will Walden in the Boris camp, this did not fall far short.”
Andrew Billen, The Times

“Paul O’Grady proved the natural heir to Cilla Black – engaging but occasionally acerbic – and the innuendo-laden format was pleasingly unchanged.”
Jeff Robson, The i

“This was a stale formula when it last aired 14 years ago. Now, thanks to First Dates and Take Me Out, and Tinder and Grindr, it’s irrelevant. Oh, and offensive.”
Sam Wollaston, The Guardian

“The decision to revive Blind Date is as relevant as a campaign to reinvent the fax machine. O’Grady’s acerbic style simply emphasises what a tawdry format this is.”
Christopher Stevens, Daily Mail

“Pitch Battle doesn’t exactly break the mould or turn the whole thing on its head but at the same time it is bursting with promise. This is a talent contest that’s finally returned to the subject of talent, a battle without bullying or blubbing. I’d call it pitch-blooming perfect.”
Matt Baylis, Daily Express