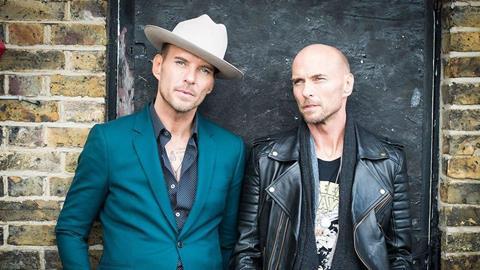 Bros documentary producer and Murdered By My Father writer among speakers

Bros: After the Screaming Stops producer Leo Pearlman will share his insights on working on the cult hit documentary at this year’s Media Production Show (MPS).

The event, from Broadcast publisher MBI, will include a panel celebrating women in media featuring Gina Powell, who also worked on the Bros doc.

Now in its fourth year, MPS will also host sessions that will delve into the production of entertainment behemoths Britain’s Got Talent and Strictly Come Dancing.

Plus, Vinay Patel, who came to prominence with BBC3 factual drama Murdered By My Father and wrote a recent episode of Doctor Who, will talk about the art of script-writing.

This year, the show introduces a Post and Technology Hub, where issues from AI and HDR to security and connectivity will be discussed, as well as a dedicated Broadcast Sport zone.

Keynotes are set to span factual commissioning and natural history production, plus an insider view of the Oscar-nominated Freddie Mercury movie Bohemian Rhapsody from its production designer Aaron Haye.

As well as television and film, the show will celebrate the games industry, with insights from former BBC diversity head Joyce Adeluwoye-Adams, global director of diversity and inclusion at Candy Crush creator King. The new-look audio theatre will also focus on the games arena.