“The experiments were uninspiring and the conclusions weak and unsurprising.” 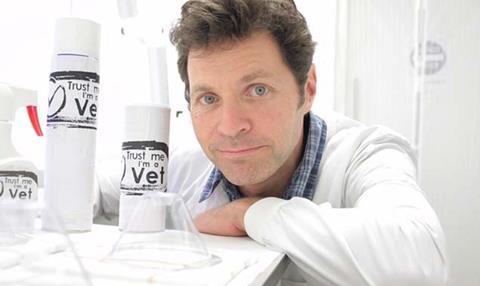 “With its over-enthusiastic presenters and increasingly irritating recaps, the programme felt a bit patronising. The experiments were uninspiring and the conclusions weak and unsurprising.”
Chloe Hamilton, The i

“Trust Me, I’m A Vet was watchable mostly for snippets of pets at play. The problem was that most of the animals were suffering from fleas, or plaque, or bone disease — and while our own health problems are endlessly interesting, no one wants to look at a rabbit with manky overgrown incisors.”
Christopher Stevens, Daily Mail

“If you did have a dog and you were wondering whether it would get more of the minerals it requires from wet or dry food, the show would be very useful. If you haven’t (yet) got your dog, this is a little … well, dry. Rich in minerals, maybe, but lacking in flavour.”
Sam Wollaston, The Guardian

“I was left wondering bitterly why the BBC gives an hour at primetime to a consumer pet magazine but refuses to grant us a weekly, 60-minute Panorama that would give such stories the treatment they deserve.”
Andrew Billen, The Times

“Britain’s Nuclear Bomb: The Inside Story got the science/story mix just right. I may not have entirely understood the workings of the Cockroft-Walton voltage multiplier. But I very much enjoyed the old boys reminiscing about the time a bomb ‘came loose over Dorking’.”
Sam Wollaston, The Guardian

“The race to detonate was relived brilliantly. Narrated by John Shrapnel in a wonderfully aged and plummy Movietone News voice, the documentary included all the material an old-fashioned feature film celebrating British ingenuity could need.”
Andrew Billen, The Times

“This film is not for everyone and some will be troubled by its failure to touch on the morality or catastrophic consequences of nuclear weapons. Yet, as a piece of history, this was terrifically told – and a fitting salute to the men and women who helped earn Britain’s place at the top table.”
Michael Hogan, The Telegraph

“Like so much history, this account turned out to be a shockingly relevant parable for our times. Those boffins, engineers and airmen were not just reinventing physics: they were fighting for Britain’s place in the post-war global power structure. In the Brexit era, this was unexpectedly compelling TV.”
Christopher Stevens, Daily Mail

“For the bulk of the film, human stories took second place to detailed scientific background. The consequence was a programme providing more information than needed and too little reflection.”
Matt Baylis, Daily Express

“The BBC is to be commended for not pursuing a more sensational path. Reporter Richard Bilton stuck to the facts and left his inner auteur at home, and for that he is to be praised.”
Ed Power, The Telegraph