“An extraordinary performance by Emily Watson, portraying not only Julie Nicholson but also grief itself.” 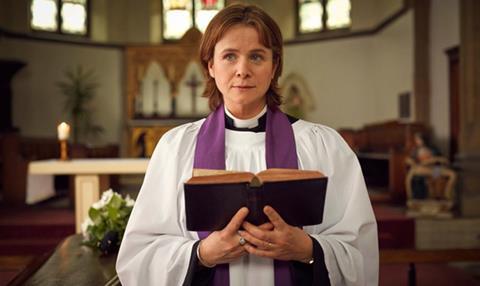 A Song For Jenny, BBC1

“Much of it was doggedly and rather pointlessly translated on to screen in last night’s adaptation of Julie’s book. It did not really join up into something resembling a plot, which was why, ultimately, this drama fell short as a TV play.”
Matt Baylis, Daily Express

“An extraordinary performance by Emily Watson, portraying not only Julie Nicholson but also grief itself. Which is what the film is, too, a song for Jenny and a picture of grief. Totally honest, utterly believable and – of course – desperately, desperately sad.”
Sam Wollaston, The Guardian

“A Song for Jenny, right from its sentimental, pseudo-modest title, was unsatisfactory. It was on the verge of taking us from a story of individual loss into a discussion of something bigger but never did. Frank McGuinness, who is a fine playwright, wrote dialogue that skidded from rawness to cliché, ending with the unearned conclusion that, although Julie was unable to save her daughter, Jenny had saved her from “hate”.
Andrew Billen, The Times

“The drama was based on Julie Nicholson’s book of the same name and, sadly, what should have been a deeply moving and emotional account fell short of the mark, only really hitting its stride in the last half hour of the 90 minutes.”
Claudia Connel, Daily Mail

“McGuinness keeps the focus tight on the aftermath of the bombing, touching upon Nicholson’s spiritual conflict rather than addressing it directly. More than anything this is a drama that conveys a tangible sense of the shocking randomness and horror of finding yourself at the centre of such an event.”
Gerard O’Donovan, The Telegraph

“Fiona Bruce and her experts – in art, in pigment, in forgery – get to work, scratching (literally) and sniffing. As usual, it’s a fascinating detective story.”
Sam Wollaston, The Guardian

“In the end — just as they always do on Antiques Roadshow — the lucky owner of the valuable work declared he had no intention of selling. How many people, like me, found themselves saying: ‘Yeah, right,’ as they watched at home?”
Claudia Connell, Daily Mail

“A fortnight ago I mistook ITV’s Sunday night thriller, Black Work, for something special. By the final instalment it was looking ordinary, with Sheridan Smith as the widowed copper losing out to Watson in the mourning stakes and the story contenting itself with wrong-footing us about who the real baddies were.”
Andrew Billen, The Times