“I was expecting to hate it. But it wasn’t rubbish at all.” 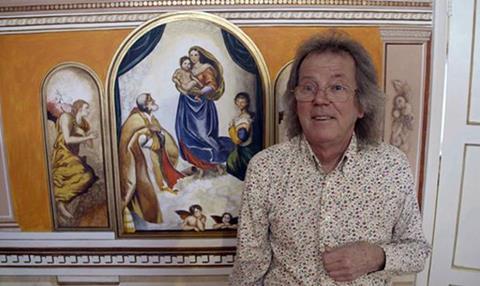 “I’m very happy to have had them visit and occupy a corner of my own boring grey living room for an hour. They’re brilliant, all of them, proper original eccentrics, and this is a charming celebration of eccentricity.”
Sam Wollaston, The Guardian

“I was expecting to hate it. But it wasn’t rubbish at all. Here was a portrait of our island’s eccentrics at their defiant, inventive, good-humoured best … All this was quietly reassuring. As long as we remain a nation that doesn’t take life too seriously, we’ll be all right.”
Christopher Stevens, Daily Mail

The Brain with David Eagleman, BBC4

“The world of neuroscience is full of landmark experiments and research cases with intriguing names … You think you’re thinking, in other words, but in reality it’s your biology doing the thinking for you.”
Matt Baylis, Daily Express

“What no one told it was how weird and entertaining The Brain would be; how much dopamine the PBS-BBC co-production would release. The principle pleasure is Eagleman, who looks like Brian Cox gone uncool.”
Andrew Billen, The Times

“The obvious answer is that it’s a matter of choice, but the presenters preferred to enlist ‘science’ to prove their points. And science has nothing at all to do with common sense.”
Christopher Stevens, Daily Mail

“At the final whistle the score is … Cats 3, Dogs 3. And which make the better pet is not down to them, says Chris Packham, it’s down to you, your personality, your lifestyle …

Boring! They could have at least had a penalty shoot-out. An actual one. Come on, you dogs.”
Sam Wollaston, The Guardian

“I have to admit some weariness at the concept of the American travelogue. Portillo is following where telly travel giants Stephen Fry and Michael Palin have already wandered, and it is hard to make the case of yet another take on this admittedly fascinating diverse and surprising land.”
Sean O’Grady, The Independent

“This show is not just like being on a Caribbean island; it is like being asleep on a deckchair on one… You know what I really don’t like? The patronising, clownish subplots dished out to the black supporting cast. Brain death in paradise.”
Andrew Billen, The Times

Keeping Up with the Khans, Channel 4

“It dealt honestly with the effects of 1,500 Roma Slovakians moving to the area in recent years. It says a lot for the fairness of this second episode of the programme that you could sympathise with all three featured groups: the Roma, the whites and the Pakistanis of Page Hall.”
Harry Mount, The Telegraph

“Anyone playing cliché bingo got a full house … The actors in this undeniable turkey are surprisingly good – if catastrophically miscast.”
Harry Mount, The Telegraph