“The joy and the cleverness of Call The Midwife is its ability to mix heart-wrenching drama with gentle comedy, and not allow the combination to feel strained.” 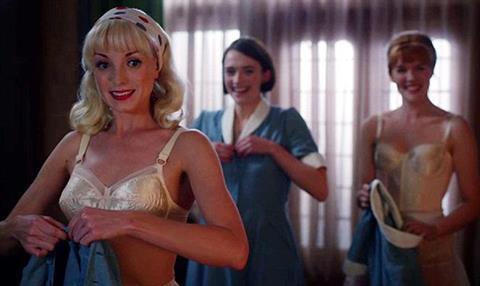 “If you could watch this without welling up at least three times, you were doing much better than me. The joy and the cleverness of Call The Midwife is its ability to mix heart-wrenching drama with gentle comedy, and not allow the combination to feel strained. Much of that is due to the sympathetic cast, who never over-egg it.”
Christopher Stevens, Daily Mail

“Call the Midwife customarily resolves its crises with doses of what cynics call sentimentality and, when it works, I am happy to call love. If the resolution this week needed to be helped on its way by idealising the infant, well, that’s Sunday-night drama, isn’t it? … For all its sermonising and tame humour, there is no more flesh-and-blood drama on television. Yesterday’s instalment episode showed it at its visceral best.”
Andrew Billen, The Times

“If Vanessa Redgrave’s doleful fortune-cookie narration about love and life still continues to grate, it’s a small price to pay for a series that brings back events in living memory, contextualises them and consistently entertains.”
Rachel Ward, The Telegraph

“I think the BBC was going for ‘heart-warmingly upbeat’ when it commissioned yet another series of Call the Midwife. Sadly, what it got was more ‘gut-churningly twee’… The jokes were few and far between and distinctly lacking in any sort of humour.”
Amy Burns, The Independent

“You might wonder what’s the point of Saturday night entertainment starring an anonymous man who never speaks, with no special talents except for driving fast and wearing a vaguely alien crash helmet. And you’d be right to wonder. The Getaway Car is the worst TV spin-off since Joey Tribbiani got his own series on the back of Friends.”
Christopher Stevens, Daily Mail

“It didn’t prove presenter Dermot O’Leary’s quote about love but it did prove a wider one about cars only being interesting if you’re in one yourself, going somewhere. It might have had more of an edge if there had been better prizes. If these people were doing blindfolded obstacle courses for a million quid or a world cruise, I might have rooted for them.”

“At his best Davies is capable of making romance not only palatable but simply irresistible to the modern mindset. When it works it is utterly captivating. Last night’s instalment, the best of the three so far, was a shuffling of the cards that ended with the central love
triangle all in place.”
Benji Wilson, The Telegraph

“Unsurprisingly, Andrew Davies - the man behind that Mr Darcy lake moment - has worked his magic again on Leo Tolstoy’s masterpiece … It’s safe to say the whole instalment will leave most audience members smiling with a warm, fuzzy feeling in their stomachs - even after the credits have rolled.”
Neela Debnath, Daily Express

Storyville: The Golden Age of Circus – The Show of Shows, BBC4

“Erlingsson’s exhaustive research and careful editing, accompanied by the plaintive orchestrations beneath, are quite bewitching. This film grabs you like Raymond Briggs’s The Snowman, taking your hand and flying you over snowy fields to a land of big tops, vivid colour, whirling dancers and fiery daredevils.”
Julia Raeside, The Guardian

“Any fascination we might have felt, however, quickly paled under the sheer volume of footage and the way it was presented. Stitched into loose categories (dancing, crowds, clowns and the like), some 70-plus minutes of clips were relayed without commentary or explanation, just a backing track of looping, electronic music. The only viewers who could have stayed the course, I suspect, would have been TV critics or people forced to watch it while being interrogated in secret CIA prisons.”
Matt Baylis, Daily Express

“The film expertly gave depth to the character of Davis, with Merrick managing to convey a controlled stillness, as the future six-time world champion grew from nerdy teenager to confident ace. As Higgins’s star began to fade – in life and on-screen, his gradual self-destruction left him penniless, desperate and ill – Treadaway’s performance came into its own, enabling the viewer to sympathise with a tortured talent.”
Rachel Ward, The Telegraph

“The surprising and pleasing thing about this thriller is the amount of humour in it … Amid the capers, there’s a strong sense that much of it has roots in the truth and that the Cold War might have been less Tinker, Tailor and more Keystone Cops.”
Matt Baylis, Daily Express

“Yet its cinematography gleams in a perpetual Parisian morning. That may be partly why I find it hard, even after Friday’s third episode, entirely to buy into this watchable tale of assassinations, character and otherwise. It does not look murky enough.”
Andrew Billen, The Times

“This was a hazy, hallucinatory story … Clouds of smoke hung in the air, flashes of sunlight dazzled the lens, and the plot drifted — more like the muddled recollection of a dream than Morse’s usual crossword puzzle.”
Christopher Stevens, Daily Mail