TV Critics: Celebrity Island; Scotland and the Battle for Britain; The White Helmets; Hooten and the Lady

“It was the same old manipulative and over-familiar formula. My endurance levels were exhausted before the first ad break.” 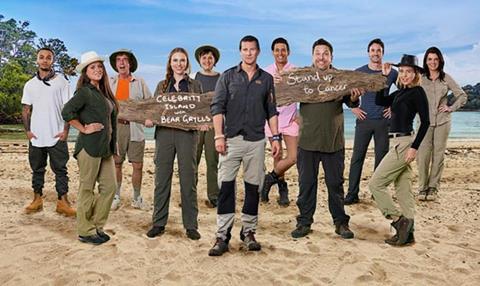 “There’s not much chance that anyone who sat through Celebrity Island will remember anything of it 40 years, or even 40 minutes, later. The celebs were everything you’d expect — which means all of them are thicker than fossilised rice pudding.”

“Celebrity Island With Bear Grylls is a show that sounds like it can be boiled down to one sentence. ‘See how a bunch of pampered TV types fail in the wilderness.’ If anyone can thrive on a hostile Pacific island, full of crocodiles and covered in dense bush, it’s a singer from a boy band or a stand-up comedian.”

“It was the same old manipulative and over-familiar formula. My endurance levels were exhausted before the first ad break.”

Jeff Robson, The i

Scotland and the Battle for Britain, BBC2

“This two-part essay about tectonic upheaval could have felt like raking over old coals but instead it overflowed with intriguing argument and evidence.”

“The viewer is taken right into a place that was a name on the news and a distant barrel-bomb plume, but is suddenly a visceral hellhole of deafening destruction, dust and death. Everyone should see it. You, Putin, America and its allies.”

Hooten and the Lady, Sky 1

“If watching HatL was a relationship it wouldn’t be a meaningful one; more like a holiday fling, a bit of fun, unashamed and brash, somewhere hot and sunny, probably in the 1980s. There’s nothing wrong with that though, if you’re up for it, and you can ignore your inner PC booer.”