“Lovely performances all round … especially from Michael Gambon as the main man.” 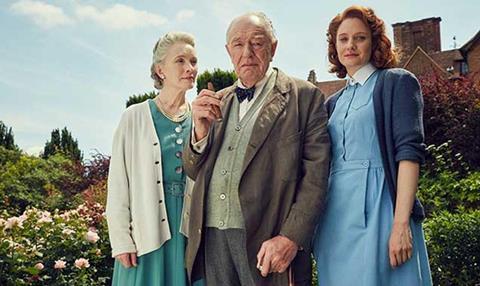 “Lovely performances all round … especially from Michael Gambon as the main man, making up for not looking very like much like Churchill by being utterly, screen-owningly mesmeric as an old man refusing to give up.”
Sam Wollaston, The Guardian

“The drama was at its best, however, when showing the poisonous legacy of being the child of a great man. Matthew Macfadyen was outstanding as the boorish Randolph. The meal between him, his mother and his drunk and depressed sisters as their sick father lay upstairs was a minor masterpiece of suppressed feelings and long-burning resentment.”
Sarah Hughes, The Independent

“The whole production was so well done that it even used the adverts cleverly to break up the 130-minute drama into five acts. The middle section, where the Grand Old Man’s martini-swilling children briefly descend on Chartwell to assess whether he’s dying, was a miniature masterpiece, set inside a larger one.”
Christopher Stevens, Daily Mail

“It was these scenes between the Churchills, fighting to breathe under the increasingly deathly weight of a legend, that showed where the heart of the drama might have been. Yet the warring family was given no more weight than the newspaper proprietors’ conspiracy to withhold news of the PM’s frailty and rather less than the Tory party’s succession conspiracies.”
Andrew Billen, The Times

“Normally, the message “six months earlier” following a tease like the opening kidnap would drive me mad, but this was handled very slickly. Pine’s gradual accumulation of a criminal identity then dramatic return to Roper’s orbit was a splendid slow burn after the early excitement. Now the pieces are in position, the game can begin. Although, as scene-setters go, this one was pretty darn exciting…”
Gabriel Tate, The Telegraph

“The tension faltered when the narrative leapt forward again, and then twanged back … There really ought to be a rule against more than one time trick per episode. Otherwise, deep into a Sunday evening, viewers might find it all too complicated and just give up.”
Christopher Stevens, Daily Mail

“Comer’s performance as the disturbed Ivy, a twitching bundle of nerves and vulnerability, was excellent. The way she flinched on contact with those she was yet to trust spoke more about the character’s history than any of Davies’s dialogue … There are a few aspects in need of refining, particularly the hackneyed score, which used rumbling, dissonant strings to signal new discoveries in the police investigation with all the subtlety of the Jaws theme tune.”
Amy Blumson, The Telegraph

“I can’t tell you how much I was looking forward to the first part of the comedy-drama Stag on Saturday or how disappointed I was. Actually I can: lots and very … Unfortunately, Jim Field Smith and George Kay’s black comedy immediately went too dark and too broad.”
Andrew Billen, The Times

“It gets better, and better, and the humour finally takes a back seat to the humanity. Stick with this: wholly rewarding and surprising.”
Euan Ferguson, The Observer