“If there’s one flaw in Red Top, it’s that it tries too hard to tick every box of this evolving story.” 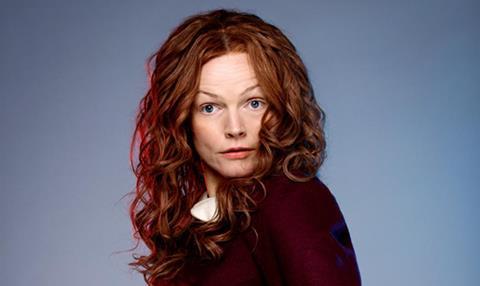 “Bizarrely, the story of Rebekah Brooks’s (Maxine Peake) rise to the top of News International – and subsequent fall from grace – was set in the Seventies. No adequate explanation was ever given for this and it was of limited comic value … Peake … was woefully underused, though her portrayal of Brooks as a sharp-elbowed siren was passable, if uninspired.”
Rupert Hawksley, The Telegraph

“If the writers tried to steer a path between reality and comic fantasy, their efforts failed, probably because the real hacking stuff still remains a dreamland of outrageous dramatic material. As the old saying goes, you just couldn’t make it up … If there’s one flaw in Red Top, it’s that it tries too hard to tick every box of this evolving story.”
James Cusick, The Independent

“The phone-hacking scandal may not actually have happened in the 70s, if my memory serves me right. But, hey, this is satire, not documentary; caricature, not court drawing: a little leeway is allowed. And the thrust of it, and the points it makes, are right and valid … The most important thing is that it’s fabulous and hilarious, with so many great comedy performances.”
Sam Wollaston, The Guardian

The Town That Took on the Taxman, BBC2

“The beauty of the programme was how Prowse, playing the part of a dim innocent with a camera, goaded the townsfolk into finding out how the financial sleight-of-hand was performed. He knew the Crickhowellians, like the viewers, would start off sceptical … Prowse did well to focus on the personalities of the aggrieved tradesfolk … But the show’s big drawback was its failure to explain how the rest of us can sign up.”
Christopher Stevens, Daily Mail

“For all its good intentions, this documentary only proved how quickly greed can cloud our judgment. Instead, far too much time was taken up with lame stunts, designed to embarrass tax avoiding companies.”
Rupert Hawksley, The Telegraph

“Corporate tax avoidance is obviously a scandal and a disgrace, but a tricky subject to do in a way that’s not too boring … I still didn’t (possibly didn’t want to) fully understand all the tax law. But I enjoyed the journey and the company.”
Sam Wollaston, The Guardian

“When the series launched last year, it fell apart almost immediately. The neolithic campers couldn’t cope … Again and again, the producers were forced to step in. This year the challenges are easier — almost too easy … It’s stage-managed and manipulated, of course, but Big Brother fans will be used to that.”
Christopher Stevens, Daily Mail

“It felt mildly educational. What may keep me watching, however, are the recruits, especially the needling, nut-stealing, unemployable Jay and the former A&E consultant Suzanne, whom he wishes to call “Thatcher”. Last year, personality clashes, illness and the weather nearly cost the show’s producers their sanity. I have high hopes for this season.”