“We got an evocative look at ex-pat life long after the end of happy hour.” 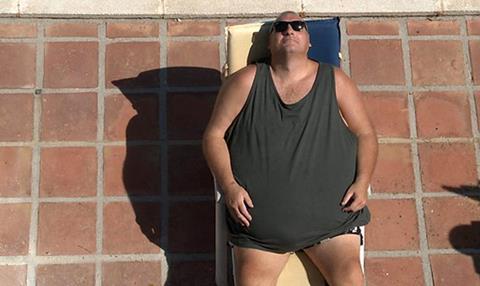 “Rudge, a comic sensibility, could have pushed this film a lot further in the direction of satire had he not, as I suspect, felt genuinely sorry for his subjects.”
Andrew Billen, The Times

“Tucked away in last night’s schedule was Costa del Sol: The Last Brit Standing, a wistful take on the Brits abroad documentary with an interesting angle on this country’s own immigration situation.”
Ellen E Jones, The Independent

“Overall, this was a nuanced and entertaining series of vignettes, rather than a substantial analysis of the impact of immigration. It would have been helpful to hear more context on how Spain’s financial burden stacked up against that of Britain and other EU countries, as well as some of the economic arguments for the free movement of people and goods. Instead, we got an evocative look at ex-pat life long after the end of happy hour.”
Ceri Radford, The Telegraph

“The overall picture is a bleak one. Now they’re losing their homes, and their marbles, and all respect from the locals whose language they never bothered to learn. Matt Rudge, whose film this is, even manages to find grey skies and rain. All those Ss, turned to shit.”
Sam Wollaston, The Guardian

Back in Time for Dinner, BBC2

“Back In Time For Dinner is supposed to tell the social history of Britain through food. Beeb executives being what they are, we were frequently told that the most significant social change was the rise of feminism: every five minutes there was an update from Rochelle in the kitchen, letting us know whether she felt liberated yet.”
Christopher Stevens, Daily Mail

“I do suspect after last night’s Back in Time for Dinner, there’s not a crumb of affection left for the Seventies. Anywhere. No wonder the politics were extreme. It all started in the kitchen.”
Matt Baylis, Daily Express

“The last episode of the brilliant Nurse was a fitting finale- unrelenting sameness and small, fleeting breakthroughs being the stuff of the rounds of the CPN. The storytelling has been marvellous in this series, forever playing with the idea of who’s the neediest person in the room. I hope it comes back.”
Matt Baylis, Daily Express

“The premise of a psychiatric outreach worker visiting “service users” immaculately played by Whitehouse should have ensured a treat behind every door. Instead, I began to dread meeting Whitehouse’s alter-egos yet again. Few were either very funny or truly pathetic.”
Andrew Billen, The Times