“A baggy and charmless rush through royal history.” 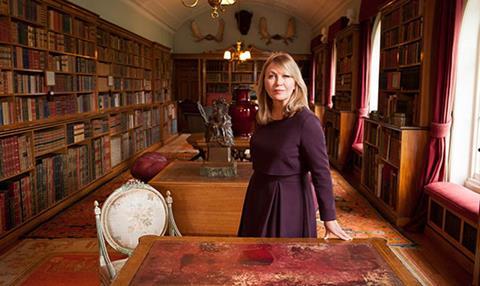 “It was a baggy and charmless rush through royal history, which wasted a fine opportunity to show how gracefully the Queen has aged. Instead, we got tasteless stories, such as the one about the producer whose flies split open during filming: ‘I had to be sewn back into my trousers,’ he said. Charming.”
Christopher Stevens, Daily Mail

“Most of the entertainment to be derived was of the inadvertent kind, in this drearily deferential affair about one of our more curious traditions.”
Gabriel Tate, The Times

“It was all fascinating. Our curiosity was rewarded via the access that Kirsty Young clearly enjoyed gaining access to such private spots as the long library at Sandringham. The Queen is 90, our longest-reigning monarch. I’ll listen to this year’s message with especial interest.”
Christopher Howse, The Telegraph

“On the subject of unease, BAFTA celebrates Downton Abbey was an hour of great awkwardness. An alternative title might have been TV Kisses Its Own Reflection In A Pond because this was, principally, an opportunity for lots of showbiz folk to tell each other how splendid they were.”
Matt Baylis, Daily Express

From Andy Pandy to Zebedee: the Golden Age of Children’s TV, BBC4

“The documentary did ITV a disservice – its children’s offerings were better and more varied than the diet of westerns and cartoons suggested here, even if its often impressive forays into kids’ drama would themselves have been inconceivable without the BBC’s own productions to set the standard. Indeed, this had the air of supporting evidence for charter renewal negotiations, designed to demonstrate the magnificent work the BBC has done.”
Gabriel Tate, The Times

Gorilla Family and Me, BBC2

“Watching the clever, clever animals making nests, finding food and nurturing young up-close was indeed thrilling. As was the rivalry between Chimanuka and his brother that threatened to boil over. Their story was reminiscent of big cat brothers Scar and Mufasa in The Lion King. There’s another instalment next week. Let’s just hope it doesn’t go the same way as the Disney classic.”
Sally Newall, The Independent

“There were too many subjects and not enough depth. It felt like we weren’t getting the whole story, just like in their Insta feeds, really.”
Sally Newall, The Independent