TV Critics: Gogglesprogs; Penelope Keith: at Her Majesty's Service; City In The Sky; The Challenge 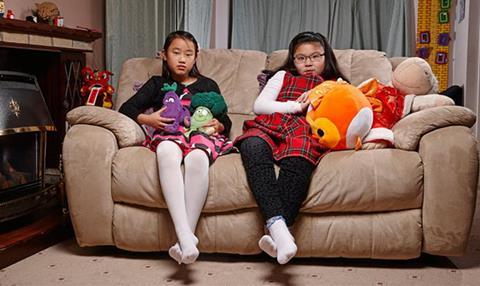 “Gogglesprogs is brilliant. Child critics may not know the right word for everything (some adult critics don’t, either), but that can be really funny. And they’re not just funny; they’re fearless, wise, honest and untainted by prejudice. Excellent critics sometimes, too.”
Sam Wollaston, The Guardian

“The little ‘uns proved as rich a source of classic put-downs and random observations as the grown-ups. On second thoughts, let’s keep these people off our screens – they make this reviewing lark look far too easy.”
Jeff Robson, The i

“The trouble is you don’t ridicule babes and suckings. You laugh indulgently with them and hope to scoop up the wisdom that dribbles from their mouths. That’s why the show is less fun than it probably sounded at the pitch.”
Andrew Billen, The Times

“Our titular guide, who can strangle a vowel into submission quite as deftly as any Windsor, was the natural selection for this sort of thing, but really the show is about as distinctive as polystyrene. It would be intriguing to hear someone from Channel 4 explain how quite such a bland series meets the remit.”
Jasper Rees, The Telegraph

“It’s a shame the material Dame Penelope was given to work with was so dull because, unlike some celebrity presenters, she is actually very engaging, competent and likeable.”
Claudia Connell, Daily Mail

“The Queen and Penelope Keith share a genuine interest in places and people. She is TV’s most charming tour guide.”
Matt Baylis, Daily Express

City In The Sky, BBC2

“City In The Sky has been such a fascinating series that it has run the risk of making nerdy plane spotters of us all.”
Claudia Connell, Daily Mail

“One week in, I reached a point where I understood that the complex maths of an air traffic control system was really very complex and I didn’t need to know much more. The only intriguing bit in the final instalment came when the presenters bid on some abandoned luggage at a blind auction.”
Matt Baylis, Daily Express

“The 90-minute film sometimes felt as long as the triathlon itself, but within it lay a touching portrait of a family dealing with terrible news.”
Andrew Billen, The Times