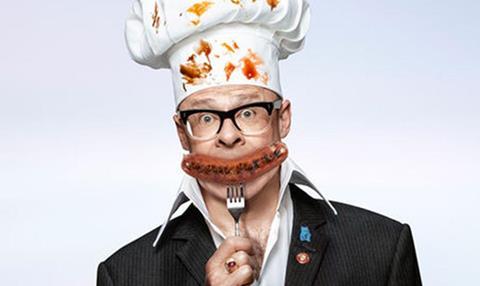 The zaniness was sometimes a little overdone and overfamiliar, but there’s an old-school charm to Hill’s persona – and a refreshing willingness to send up one of TV’s occasionally po-faced formats.
Jeff Robson, The i

Finally, Poldark produced a gripping episode. George proposed to Elizabeth. “I can’t bring you breeding, but I can bring you a kind of gentility which is all the more punctilious for being one generation deep,” he offered. This is what is known as a pretty speech.
Andrew Billen, The Times

The best moments focused on how the couple criticised publicly the sad fate of the lions used in the making of the film, even before it premiered (McKenna revealed for the first time how a senior publicist had warned them that if the film failed it would be their fault).
Gerard O’Donovan, The Telegraph

Horizon: The Wildest Weather in the Universe, BBC2

Unusually for a Horizon about deepest space, this one didn’t bamboozle us with curved time and dark matter, it stuck to something we all know and discuss, to the point of obsession. They have weather out there in the universe but not, as Star Trek’s Dr “Bones” McCoy would have said, quite as we know it.
Matt Baylis, Daily Express

Since they first started making shows about their love of canal-boating, only a couple of years ago, they have become the nation’s favourite grandparents.
Christopher Stevens, Daily Mail