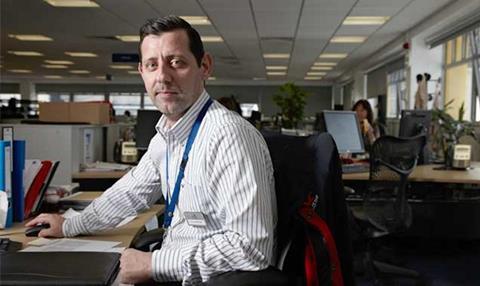 How To Get A Council House, C4

“Director Paul Bithrey’s intention was apparently to expose injustice, but he undermined his argument with soundbites from the usual Socialist Worker types, bleating stock phrases about the ‘cleansing of the poor’ and a ‘perfect storm’ destroying the working class.  With less political posturing and trendy hand-wringing, it might have succeeded as a human interest documentary. But, on this evidence, the London Poor are less interesting than in [Henry] Mayhew’s era.”
Christopher Stevens, Daily Mail

“There’s a succession of unemployed people, plus Sabrina, who I think was there as a devil’s advocate case study (but what about the people who aren’t unemployed? What about the people who do everything right, who don’t have children, who aren’t ill, who do nothing to dent their market value, who perform a social service, what happens when they can’t afford to live here? Who’s going to assist your teachers then? Never mind what can she afford, what can your city afford to lose?). But parking her.”
Zoe Williams, The Guardian

“If Mad Men is no longer the loudest noise in TV land, you only had to listen to the opening monologue on Wednesday night to see that it’s still the smartest guy in the room. The roster of characters remained grimly convincing. Though Don may be the poster boy of the existential collapse, he has never been the only mad man, and last night we got catch-ups for every single character.”
Benji Wilson, The Telegraph

“Viewers seduced by the confident certainties, elegant manners and neat tailoring of early 1960s America are now confronted with the LSD trips, free love and mustard polyester of 1969. That change is most apparent in Don Draper (Jon Hamm). His matinee idol looks are unfaded and his suits are still sharp, but the alpha male of American Dreams is no more.”
Ellen E Jones, The Independent

“It was a toss-up whether he was about to burst into a rendition of The Bonnie Banks O’ Loch Lomond or Please Release Me (Let Me Go). Much of it made little sense, even with the Pythonesque graphics that attempted to explain the Glorious Revolution of 1688 through a cartoon  of Britain as a chest of drawers, with secret compartments popping out of East Anglia and Pembrokeshire. That sounds odd, but it was no more eccentric than the rest of the programme.”
Christopher Stevens, Daily Mail

“Moving on: someone said to me once that nobody over 30 would ever really understand “structured reality”, the Made in Chelsea-type shows in which real people behave artificially, but over time come to inhabit their artificial selves, so that, neither actor nor person, they become a third being, a kind of bought-in screen-bot. I don’t really get the point – load of young people, have parties. But I am over 30.”
Zoe Williams, The Guardian