TV Critics: Let Us Entertain You; My Psychic Life; Elvis and Me 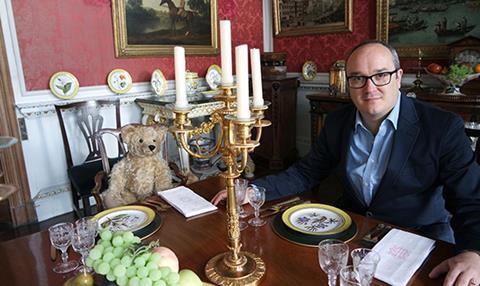 “Sandbrook’s hypothesis: as Britain’s industrial prowess declined, her cultural cachet rose and, drawing on Victorian ambition and inventiveness, Blighty punched above her weight, exporting everything from James Bond films and The Beatles to Grand Theft Auto. Sandbrook also looked beyond the sex, drugs and rock’n’roll clichés. Though he acknowledged that was the Britain that was exported, we learnt that at home people spent more on musical theatre.”
Sally Newall, The Independent

“Doctor Who, JK Rowling, James Bond, the Beatles and the aforementioned heavy metal are all cited as enduring success stories from this new “empire of the imagination”, which sprung up to replace the actual British empire, in steep decline along with its industry. Although a necessarily brisk tour, taking in manifold views, the details Sandbrook chooses to pick out are always illuminating. I’m looking forward to the next three instalments.”
Julia Raeside, The Guardian

“The idea of Brand Britain is nothing new. Dominic Sandbrook took that idea a step further, arguing that while Britain may have lost her empire and her industrial supremacy, our greatest economic strength and success now lies in manufacturing and exporting culture and entertainment to the rest of the world. In the end, despite the rather intense manner of his presentation style and his stridency of hand gesture, Sandbrook didn’t really say much that will have surprised many. Even so, it was interesting to see our recent cultural history curated into a coherent story in this way, and to be reminded of one reason, at least, why Britain still punches above its weight on the world stage.”
Gerard O’Donovan, The Telegraph

“Who could not enjoy this ride? The programme flattered our intelligence while satisfying a national fondness for jingoism and nostalgia. I just wonder if the thesis was not a little too ingenious to be true. When Andrew Lloyd Webber purloined the minor poetry of TS Eliot and Argentine political history as subjects for his musicals, was his purpose really to broaden the minds of the masses in the manner of a Victorian pedagogue?”
Andrew Billen, The Times

“This observational documentary was a fascinating insight into the growing (unregulated) industry, but not for the reasons the subjects would hope.”
Sally Newall, The Independent

“A contribution to our culture we can be less proud of is the overuse of plucking strings and arch voiceovers in our documentaries. In My Psychic Life the subjects are clairvoyants and mediums (the difference is never explained) who live in the north of England. Depending on your point of view, you might say that people who claim to communicate with the dead are easy targets. But the interviews here are unchallenging, letting the subjects flow freely while all the judgmental ridicule is saved for the edit. And still pluck, pluck, pluck go the strings. There must be a better way to tell these stories.”
Julia Raeside, The Guardian

“Joe Lister’s documentary about paranormal inactivity in the north of England, made a more obvious point, but slightly more subtly. The nation’s psychics – one in six of us claims psychic abilities – are also in the entertainment business, pursuing commercial gain, for the attention and statues, or to ward off boredom.”
Andrew Billen, The Times

Joanna Lumley: Elvis and Me, ITV

“As rock’n’roll biographies go it was all a little breathless, a little anodyne, and a little coy – as befits a film made not by ITV but supplied by Sony Music to promote a new disc of Elvis recordings being released in the run up to Christmas. Still, it was beautifully filmed and captured why Elvis remains a major musical icon still, almost 40 years since his death.”
Gerard O’Donovan, The Telegraph