TV Critics: Luther; The World's Most Expensive Christmas; Back in Time for Christmas

“It is, in its heart, an incredibly stupid television programme.” 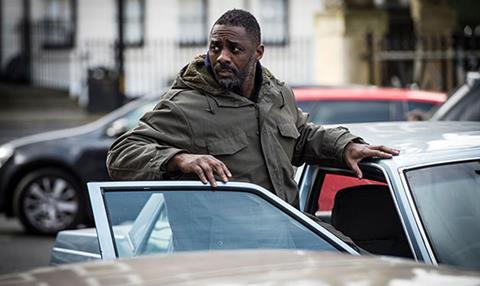 “The opening scenes had it all - half-derelict house, candles, creaky stairs and an angry pigeon, all spiking the pulse before the bloodshed. The dialogue was curt - “What did he do with the heart?” “He ate it.” - and the rapidly piling-up crime scenes gory. I found it rather hard to watch, at least until Elba’s marvellous, monosyllabic maverick was back in control.”
Alice Jones, The Independent

“It is, in its heart, an incredibly stupid television programme. The whole thing constantly teeters on the brink of full-blown camp. Last night was peppered with this sort of borderline self-parody….So thank God for the explosion that came along to shake the episode back to life…. We’ve waited two years for more Luther, and we’re only getting a two-part special this time, so the pedal should have been welded firmly to the metal right from the outset…Despite everything that’s happened to him lately, I’d argue that Luther still represents Elba at his absolute best.”
Stuart Heritage, The Guardian

“Last night’s episode barely paused for breath. That’s all well and good in an action movie, and Elba’s frame-filling physical presence can play that role, but he’s just as good doing the psychological stuff, and some slower scenes, a little mood music, would have been welcome. A genuinely disturbing thriller needs a little time to simmer…When you have a character as good as John Luther, and an actor playing him who basically is that man, it would be nice to spend a little more time in his company.”
Benji Wilson, The Telegraph

“Luther, a magnanimous critic would say, plays with…clichés. But does it? Or does it merely use the old clichés because it cannot be bothered to think up the new ones?”
Andrew Billen, The Times

The World’s Most Expensive Christmas, C4

“This fascinating, infuriating and ultimately obscene documentary was another in Channel 4’s billionaire-porn strand and featured people who thought nothing of spending £250,000 on decorations, £30,000 on Swarovski-encrusted gift wrap, and £375 on bite-sized Rudolf tarts with a real ruby for the nose.”
Alice Jones, The Independent

Back in Time for Christmas, BBC2

“It was sound enough sociologically - especially on the show-off culture of the Eighties…but I shall treasure it for two insights. The first was the tradition of Christmas Day soap misery established by EastEnders in 1986, when Den served Angie her divorce papers….The second was the presenter, our own Giles Coren, recalling the thrill that was the Eveil Knievel stunt-cycle toy. As he played with it on the carpet, a whole future career of recklessness somersaulted before our eyes.”
Andrew Billen, The Times