“It’s too obviously fusion, there’s not enough flavour in the personalities of the judges, it’s too bland, too polite, too slow.” 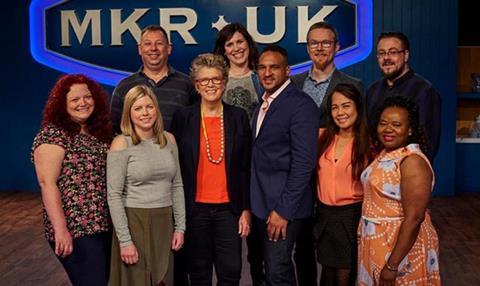 “Take Come Dine With Me, add MasterChef, and there you have it: My Kitchen Rules. It’s too obviously fusion, there’s not enough flavour in the personalities of the judges, it’s too bland, too polite, too slow.”
Sam Wollaston, The Guardian

“My Kitchen Rules is a more conventional and, frankly, hackneyed format borrowed from Australian TV — a combination of Come Dine With Me and Masterchef. The whole thing seems doomed.”
Christopher Stevens, Daily Mail

“Could the splendidly named Bunny Guinness reconstruct what Brown had intended to do with his patch of land at Fenstanton in Cambridgeshire from the work he’d done across the land for his various wealthy clients? There’s no way of proving it but it was a good device for explaining the man and his style.”
Matt Baylis, Daily Express

“It was tasteful and enlightening telly even if, as with many other BBC Four documentaries, you almost had to hum ‘om’ at times to stop your mind wandering.”
James Jackson, The Times

“As interesting culture shock as all this is, as a gleefully sadistic viewer, I want to witness some proper backbreaking struggles and amusingly colourful invective. The best bit here was when the teenagers endured a room of CS gas before bolting out in a frenzy of hacking coughs and near-blindness. You don’t get that with The X Factor’s bootcamp.”
James Jackson, The Times

“The whole thing is utter wibble, but it’s fun to realise how shoddy those old computer games were that once seemed so high-tech. And sometimes, it’s good to waste your time watching rubbish. That’s one of the things television does so well.”
Christopher Stevens, Daily Mail