TV Critics: My Sheepdog & Me; No Man Left Behind; Alphabetical

“It had all you could ask of a soft-centred show about rural life.” 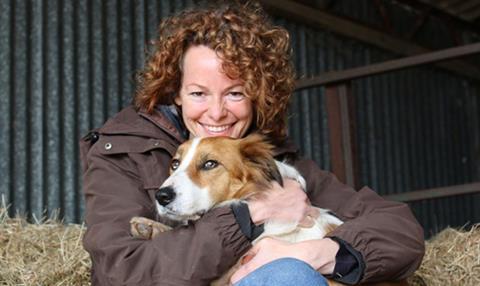 Kate Humble: My Sheepdog & Me, BBC2

“Kate Humble: My Sheepdog & Me was a warming programme featuring farmhouses, glorious countryside and puppies. If you’re the sort of person who wells up at One Born Every Minute (and I am), it was a treat.”
Emine Saner, The Guardian

“Like Countryfile, this faced an unsentimental rural issue while touching on a vision of our land as scenic yet hard-working. This being Kate Humble, however, the focus was also as much on her, and there was a streak of fuzzy sentimentality too.”
James Jackson, The Times

“It had all you could ask of a soft-centred show about rural life: lots of dog training and sheep herding, stunning scenery and craggy country folk burbling on about breeding and bloodlines. Humble has a precise gift: she can make the broader realities of rural life interesting and intelligible to those of us who weren’t raised in muck-caked wellies.”
Gerard O’Donovan, The Telegraph

“It was Kate’s dog Teg who made this one-off programme such a feelgood pleasure. Soppy and affectionate one minute, she was transformed at a single whistle into a clever, obedient creature who seemed able to read Kate’s mind.”
Christopher Stevens, Daily Mail

“The ensuing hour, as Kate herself said, was like a Jane Austen novel in which the TV presenter, in the role of pushy mother, went scouting out potential husbands for Teg at an assortment of country shows. I felt something like a lost lamb at times, as the rules concerning breed-membership grew ever more perplexing.”
Matt Baylis, Daily Express

No Man Left Behind, National Geographic

“The re-creations felt convincing and essential, adding a palpable sense of stress. As a short but gripping account, it also showed that a story this powerful cannot be diluted by familiarity, nor controversy.”
James Jackson, The Times

“With no sign of an audience, the canned laughter and applause is loud and grating. Despite all these flaws, Alphabetical does involve around 200 snappy questions, which makes it challenging fun to play at home.”
Christopher Stevens, Daily Mail