“This was a powerful, chastening contribution to the BBC’s Black and British season.” 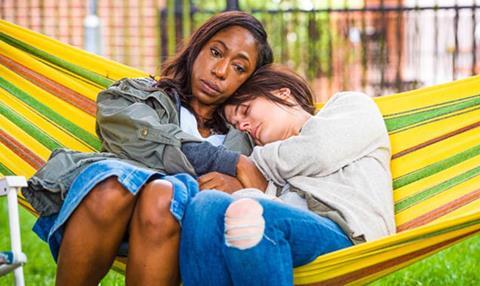 “With her ear for the chirp of street slang, and for the psychology of women struggling in the faultlines of social progress, Zadie Smith is a gift to dramatists. This was a powerful, chastening contribution to the BBC’s Black and British season.
Jasper Rees, The Telegraph

“The experience of sitting through this can’t replicate the literary one – of sitting down with the book. But it’s still wonderful, and it can – and does – get to something that’s totally in the spirit of the novel. The place – this part of town, and what it says about this country today – is perfect and has never felt so relevant.”
Sam Wollaston, The Guardian

“The relationship between the two women was well done, sometimes explosive but always carrying on. The camerawork was wonderful, taking in the whole of the North London hinterland, from its grime to its brilliant colours and its various, ever-shifting tribes. For all its strengths, though, NW never knitted together as a drama.”
Matt Baylis, Daily Express

“While Smith’s novel was formally inventive, the structure of Rachel Bennette’s dramatisation seemed merely broken-backed, giving unequal prominence to the protagonists in a way that — to make an odd but not unworkable comparison — Mike Bullen would never allow on Cold Feet. Little of it worked very well for very long.”
Andrew Billen, The Times

“NW, the much vaunted, one-off drama based on a Zadie Smith novel and set in the Beeb’s North London homeland, was a depressing concoction of shallow, hateful characters, lazy story-telling and ludicrous situations.”
Christopher Stevens, Daily Mail

“I wish the BBC had spent the money on creating an original drama about London life, rather than trying to squeeze a square peg into a round hole for the sake of having a big-name author to sell it on. As it is, the result did neither the BBC nor Smith any favours.”
Hugh Montgomery, The i

Penny Blacks and Twopenny Blues: How Britain Got Stuck on Stamps, BBC4

“Andrew Martin’s lightly personal history of philately was charming, interesting and funny. This account of male obsession, royal belligerence and printing errors was a collector’s piece in its own right.”
Andrew Billen, The Times

“One can snort with derision at the perfect absurdity of a nerdish subculture. Andrew Martin, the author of several crime novels that betray a deep love of the steam age, resisted that path, just. This quirky tour down memory lane was a lovely valediction.”
Jasper Rees, The Telegraph

“From philately-based board games to an unhinged (sorry) Count who converted his coat into a stamp album, this was a history richer in colour and oddity than Gibbons’ famous mixed bags.”
Matt Baylis, Daily Express