“This is the best-written comedy on TV. Let’s savour its six-week swansong” 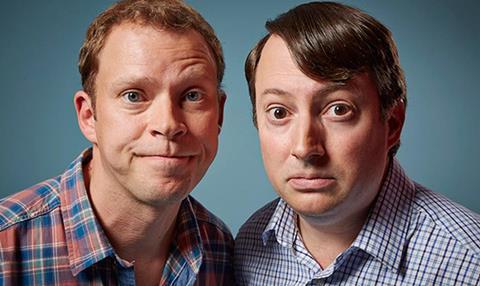 “The ‘El Dude Brothers’ were back on triumphant form for the first episode of Peep Show’s final hurrah, or for Mark (David Mitchell) and Jez (Robert Webb), another series of monumental cock-ups – this didn’t disappoint. What makes this show glorious is that as a viewer you know that however promising things look for the lads, it will all go catastrophically wrong. Yet, the unfolding is the right shade of dark/bizarre that it’s still unexpected. As per, the show’s distinctive point-of-view filming style allowed for some absolute gems. Mark’s ‘I’m the Wolf of Wall Street, look out, Boots, I’m going to buy 100 meal deals and eat them off a prozzie in the nude’ will go straight on to best quote lists. ‘None of this is normal,’ he shouted as he was dragged out. It wasn’t, but that’s the why we like it.”
Sally Newall, The Independent

“It’s both sad, and right, that this is the final series of Peep Show. Sad because it has been brilliant, properly original, very funny, but somehow a little wise and, at times, even touching. Also so very of its time, with its voyeurism, nastiness, thinking- out-loud and point-of-view self-absorption and self-obsession, to the point where you could say it has captured a generation. Which is also why it’s right that it’s coming to an end; that time won’t last for ever, the generation is growing up; even Super Hans, maybe. Not quite yet, though.”
Sam Wollaston, The Guardian

“It was like being reacquainted with old friends. Friends with the ability to make you clutch the sofa cushions with mirth. Mitchell, Webb, Bain and Armstrong all have other, arguably bigger fish to fry nowadays but wanted to give the show that made their name a fitting send-off. I’m delighted they did. Alongside Channel 4 stablemate Catastrophe, this is the best-written comedy on TV. Let’s savour its six-week swansong.”
Michael Hogan, The Telegraph

“Jesse Armstrong and Sam Bain’s sitcom Peep Show is about the flimsy wall between civilisation and anarchy, security and penury, wellbeing and utter madness. At least last night’s episode was. The series has been away so long (Christmas Eve, 2012), I cannot be sure if this analysis can be applies to its previous 48 episodes or not.”
Andrew Billen, The Times

“This gory drama was rather like a Frankenstein’s monster itself, constructed from stitched-together elements of Sharpe, Sherlock, Oliver Twist, Ripper Street and Penny Dreadful. However, it was bold, eerily effective and chillingly atmospheric. Bean’s always a gruffly engaging screen presence and the all-star supporting cast was strong. Sadly, stuck in a late time-slot on an obscure channel, it’s hard to see this finding an audience. A shame, as it showed real promise. Perhaps ITV should rip it up and stitch it back together on prime time. It’s alive!”
Michael Hogan, The Telegraph

“TFC is as serious as Jekyll and Hyde is playful – although Mary Shelley appears next week so postmodernism cannot be ruled out. It takes its history seriously with Tom Ward strong as the home secretary Robert Peel. The opening was slow, however, highly reliant as Sean Bean fretting as Marlott. The shocks were mostly achieved by loud clangs of incidental music. An hour, and still no sign of the creature. Scary scripting.”
Andrew Billen, The Times

“Comedian Josh Widdicombe’s eponymous sitcom follows three twentysomethings (or millennials as we’re calling them now) failing at adulthood, living in a suspiciously spacious flat. There’s nothing original or remarkable about the set-up - or much of the script - but there’s promising chemistry between its stars. There is an age issue, though. Widdicombe’s 32, James is 35 and Edmondson, 28, yet we’re supposed to believe they all twentysomething uni pals. The cultural references gave them away -Pacey; The O.C.; Shaggy, and the repeated use of ‘getting-off’–but perhaps as a 30-year-old reviewer, I’m being too era sensitive. If it’s funny enough, all is forgiven. Sitcoms take time to hit their stride so I’ll give this one a bit more.”
Sally Newall, The Independent