“Ripper is the real thing, a gripping story, thoughtfully told.” 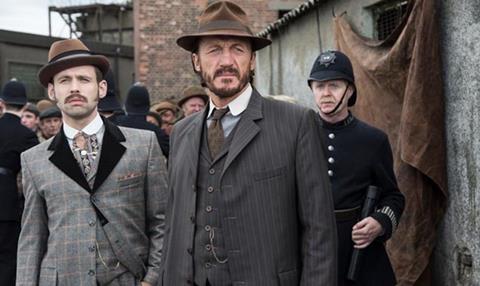 “The fourth series of Ripper Street has arrived on broadcast television in fine fettle, with Amazon Prime’s dollars lending the show a new gloss without compromising the gloom. There’s a strut and confidence coursing through the show, from its lean narrative to the gloriously florid dialogue, that commands you not to be impressed.”
Gabriel Tate, The Times

“It’s a rare chemistry and a triumph of casting, which has only cemented over the four series. While other shows look shiny but ring hollow, Ripper is the real thing, a gripping story, thoughtfully told.”
Julia Raeside, The Guardian

“Ripper Street has not given up on intelligent interrogation of the past, and this fourth turn around the fleshpots of Whitechapel shows few signs yet of dwindling energy.”
Jasper Rees, The Telegraph

“It’s all hokum, of course, but enjoyably so.  The streets look grimy, so do the characters and the suspense built nicely.”
Virginia Blackburn, Daily Express

“Any good intentions were undermined by a self-sabotaging format that satisfied neither as serious investigation nor as primetime entertainment. The insights it offered into the low-paid workplace resembled those that The Apprentice provides into life as a jet-setting executive.”
Gabriel Tate, The Times

“The original idea, I suspect, was to make a real-world version of The Apprentice, with ordinary people doing workaday jobs. But a committee got involved along the way, and tried to turn it into reality TV, an economics documentary and a Labour Party political broadcast, all at the same time.”
Christopher Stevens, Daily Mail

“Giles Coren did a reasonable job of affecting sincerity through the usual inane patter with the contestants. The real problem is the rest of the programme, which, from its set to its soundtrack, comes on like a Who Wants to be a Millionaire? rip-off, though it doesn’t come off well in comparison.”
Hugh Montgomery, The i

“It’s another shiny-looking thing that ultimately lacks substance; a shame, as the first series, with a dealer’s lineup that wouldn’t look out of place in an episode of Lovejoy, was tremendous fun.”
Julia Raeside, The Guardian