“Amid the procedural boilerplate, glimmers of a more interesting show shone through.” 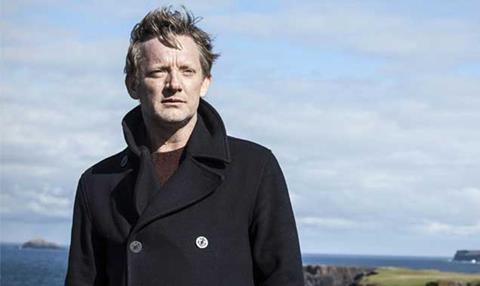 “Shetland is good at character. And especially good at portraying a community. A small, suspicious community living on the edge of the world. It’s also a gripping police drama. And beautiful to look at.”
Sam Wollaston, The Guardian

“Statistically speaking, this remote Scottish archipelago might be an unlikely setting for a crime series, but, atmospherically, there’s nowhere better suited. The islands’ strong Scandi influences allow Shetland to incorporate some of the glowering mood of Nordic noir while remaining reassuringly home-grown.”
Ellen E Jones, The Independent

“There are overtones of Nordic noir in the monochrome colour scheme and brooding island scenery. Yet in its bones the series harks back to a gentler era of crime drama, with characters straight from Agatha Christie. Still, amid the procedural boilerplate, glimmers of a more interesting show shone through.”
Ed Power, The Telegraph

“The midnight sun and misty foreshore supplied an unsettling atmosphere, and Glaswegian actor Brian Cox gripped the screen as a hermit with a raven in a cage. There’s enough good about the drama to keep us watching, but it’s far from classic fare.”
Christopher Stevens, Daily Mail

“You can sometimes find yourself thinking your watching one of those cockle-warming Sunday night dramas in the mould of Hamosh Macbeth or Monarch of the Glen. But in a breezy, upbeat, visually pleasing way it carves out a niche amid strong competition.”
Matt Baylis, Daily Express

“The challenge now for those toiling on BBC1 drama is to inject meaning into genre series. Gaby Chiappe did well on that score with Shetland, winner of the award for moody crime drama set in the most remote part of Britain.”
Andrew Billen, The Times

“This is interesting: three short films showcasing new talent and aimed at a younger audience. I’m not crazy about any of the films; they’re a bit film-school-short-filmy, self-conscious and with the inevitable twists that short films seem to require. But it’s interesting that the BBC is launching new stuff on iPlayer. Maybe this is the future of television?”
Sam Wollaston, The Guardian

“The plays each showed promise but were essentially juvenilia. The best was Flea by Cat Jones. The ending was morally dubious, but telling the story, dialogue and all, in verse elevated it.”
Andrew Billen, The Times

“From the opening minutes, this energetic film grabbed you in a headlock and didn’t let go until you stumbled off the sofa, dazed and punch-drunk, an hour later.”
Michael Hogan, The Telegraph