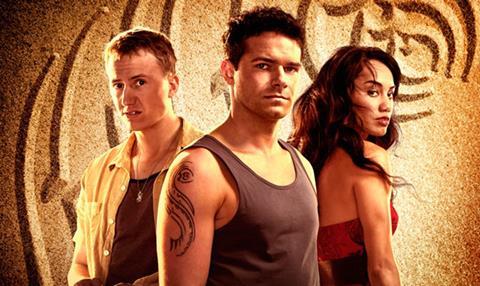 “At times it felt ridiculous, of course. BBC Three’s news “editorial pillars” are “make me think” and “make me laugh”, and sometimes Tatau made me think I should be laughing at it”
Alex Hardy, The Times

“The striking thing about Tatau is that, minus the sex and drugs, it would be an ideal teatime mystery for junior school kids.”
Matt Baylis, Daily Express

“The portrayal of beautiful island girls and mystic old men might be intended as a respectful head-nod to Maori mythology,
but it smacks a bit of the sort of patronising exoticism that went out of favour with the Um Bongo juice ads.”
Ellen E Jones, The Independent

“It feels a little far-fetched, but perhaps after a few more episodes it will start to make sense. In the meantime, perhaps we should applaud BBC Three for attempting to offer something a little more experimental than the usual round of yoof documentaries, even if it was only commissioned so that someone could have a jolly on the Cook Islands.”
Isabel Mohan, The Telegraph

“I try to view it with enough cynicism to drown out its glitter cannons, its anything-goes levity and its heavily signposted emotional curves. But it’s as funny and surprising as a fish on a tricycle, and will probably have one of those performing
one day. It delivers exactly what it tries to: something you haven’t seen elsewhere.”
Alex Hardy, The Times

“As four people whose only job is to say “I liked it” or “I didn’t like it”, it’s surprising that the judges haven’t prepared a wider variety of ways to couch their opinions. “A big fat yes” and “a million percent yes” punctuate the end of every panel
discussion.”
Julia Raeside, The Guardian

“The beauty of the show is that almost always, no matter how choreographed in advance, regardless of how much cynicism you muster, there’s something in every series to leave you slack-jawed with admiration, or rolling helpless on the
floor with laughter.”
Narinder Dhani

“British TV execs are struggling to commission drama that competes with the best and subtlest U.S. series, such as Mad Men — the ones that keep us thinking long after the credits roll. One simple improvement would be to cut the laboured lines and let the action tell the story.”
Christopher Stevens, Daily Mail

“The dialogue is cheesy, the accents are irritating and the plot is often irrelevant, but watching it offers as much soothing
escapism as the brandy that our brooding hero has been swigging.”
Isabel Mohan

“Ultimately, the format feels just too dated to be as big a hit for ITV as Gladiators was in the early 1990s, but it would be cruel to be too mean and snobby about a show which is simply mindless Saturday night fun.”
Isabel Mohan