“Maybe it’s not time to present the format with its P45  just yet.” 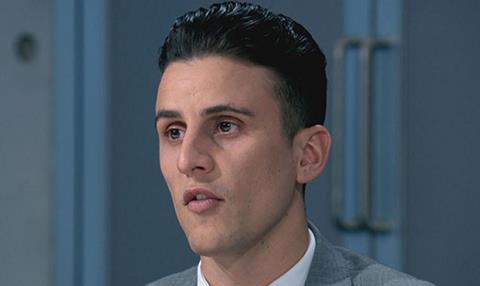 “Are these the least interesting/worst business ideas ever to make it to the final of The Apprentice?”
Sam Wollaston, The Guardian

“My personal winner was Joe, but both were TV gold. As someone who hasn’t followed the show for years, I was surprised how enjoyable it was to return. Maybe it’s not time to present the format with its P45  just yet.”
Jeff Robson, The Independent

“While this was a pretty good Apprentice final, it still suffered from the same old problems - it’s just not the same when there aren’t at least half a dozen highly competitive people bickering and back-stabbing.”
Chris Bennion, The Telegraph

“Is this not the weirdest thing ever to go out on TV though? The leader of the free world joking about farting round the campfire? And bear sex, and drinking your own wee, which they also discuss, but sadly don’t actually do.”
Sam Wollaston, The Guardian

The Sound of Music, ITV

“In short this was much more a success than it was a failure. But it also fell between two stools, capturing neither of the physical intimacy of a live theatre show nor the sense of limitless possibility conveyed by the best films and TV. The test will be whether this sort of exercise is repeated. Somehow I rather doubt it will be.”
Claire Allfree, The Telegraph

Keep It In The Family, ITV

“There’s something very old hat about this show and that’s not just because it channels the spirit of The Generation Game. The star talent – from Walsh to the celebrities who tempt the contestants with prizes – all seem to come from ITV’s own stables. They could almost be a gang of redcoats who will also take the set down and then serve tea. The top prize, meanwhile, is a car, just as it was on Sale Of The Century. It’s almost 2016 but it feels like 1976.”
Matt Baylis, Daily Express