“As fresh as a box of poor-quality calamari that has been left in the sun all day.” 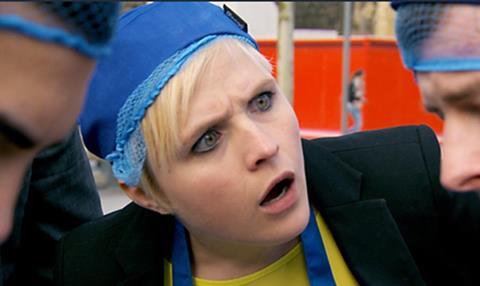 “It will continue to do well, I’m sure, which is why it has been exactly the same for the past decade. That doesn’t make it relevant, though. The Apprentice is now as fresh as a box of poor-quality calamari that has been left in the sun all day. And I’m not so tempted any more.”
Sam Wollaston, The Guardian

“The hopefuls that fed last night into the hope-destroying machine that is The Apprentice did not like the look of Nick Hewer’s replacement, Claude Littner, and I do mean his look. ‘It is as if he is boring a hole into your face.’ His expression said only: ‘I am not as nice as I look, and I look horrible.” His al fresco ad libs were lame. Still, it’s the early days. Let’s give him the benefit of the doubt, like he never does.
Andrew Billen, The Times

Alexander Armstrong in the Land of the Midnight Sun, ITV

“Armstrong was a likeable – if not particularly rigorous – presenter. His style was akin to an enthusiastic distant relation at Christmas - game to get stuck into proceedings, but not needing to be centre of attention. ‘It’s like walking into a humbug,’ he said on entering some Icelandic caves, making sure those impeccable landscapes were the stars of the show, rather than him.”
Sally Newall, The Independent

“ITV, as all TV fans will know, does a good line in sending celebrities on holiday and pretending that the end result is a programme. Making no false claims about some lifelong fascination with polar bears or cod fishing, the actor, comic and gameshow host simply zipped up his parka and got on with it. It helped, perhaps, that his venture, all undertaken north of the Arctic Circle in winter, didn’t look like much of a jolly.”
Matt Baylis, Daily Express

“This was in part a forty five-minute advert for the work of The Landmark Trust. Fortunately, with enough idiosyncrasies in the mix to elevate it out of televised holiday brochure territory.”
Sally Newall, The Independent

“A shameless plug for the Landmark Trust…Charities have to make money somehow, of course, but this was very much the authorised version. After all the painstakingly mounted jeopardy, it ended rather abruptly with the promise of further visits to Belmont and Hougoumont in later episodes, when it might have been more effective to devote single episodes to single projects. The restoration of the restoration documentary needs a little more work.”
Gabriel Tate, The Telegraph

“What shone through last night was the sheer creative adoration poured into every project by the restorers. I’m not often spellbound by a TV programme but I gazed open-jawed at the sight of Malcolm, a master-gilder, gently blowing on a sliver of gold leaf to iron out its creases.”
Matt Baylis, Daily Express

“The excerpts of his performances were tantalising. But the meat of it was in the head-to-head between actor and presenter which explored how Hamlet’s feigned madness ‘weaponised theatre’, allowing him to disrupt the Danish court from behind a mask…This was an intelligent, enlightening hour of television, harking back to the glory days of mainstream arts programming that Bragg has done so much to keep alive against considerable odds.”
Gabriel Tate, The Telegraph

“The Cumberbitches will have been furious. The South Bank Show on their hero was not about Benedict Cumberbatch at all but about Hamlet, whose title role he is currently playing. This was Lord Bragg at his most self-indulgent, conducting a waffly interview in the form of an Oxford tutorial which he, rather than the actor, was the expert.”
Andrew Billen, The Times

“Perhaps I’ve been missing something but I never thought of the Duke of Cambridge and Prince Harry as capable of providing comic relief. But that’s exactly what they did in this special edition of DIY SOS which saw Nick Knowles command his team to rebuild a street of derelict housing in Manchester for a group of war veterans. The combination of good humour and serious social commitment made for an affecting hour of television.”
Ben Lawrence, The Telegraph