TV Critics: The Celts; Rooney: The Man Behind The Goals; The Leftovers

“A competent historical recap while pushing into new, revelatory directions; creating stark reconstructions that were atmospheric, but not corny.” 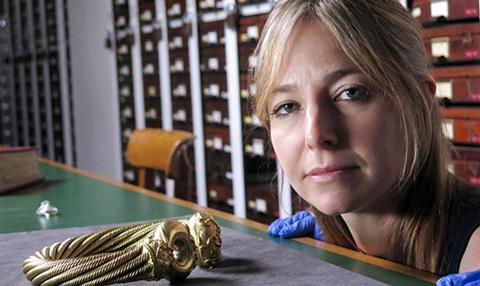 “With a title almost as long as Oliver’s hair, and lots of ground to cover, this could have been an unwieldly beast. And it was sometimes strange, the dual-presenter dynamic: Roberts and Oliver never sharing screentime, but instead picking up each other’s narratives in a shared-custody voiceover. The director and producer Jeremy Hall balanced things well: giving a competent historical recap while pushing into new, revelatory directions; creating stark reconstructions that were atmospheric, but not corny.”
Alex Hardy, The Times

“This one, presented by Coast faces Neil Oliver and Alice Roberts, is splendid viewing, rich in example, from lavish Celtic coffee tables to caverns full of the (still odorous) sewage of Iron Age miners. It’s also notable for its many long, loving shots of Oliver as he flicks his long locks and glares like some Celtic chief eyeballing a Roman legion.”
Matt Baylis, Daily Express

“Mysteries abounded on BBC Two, where Neil Oliver and Alice Roberts were our guides in an enjoyable attempt to uncover the truth about The Celts. As Oliver and Roberts explained, the ancient Celtic tribes are far too often overlooked in favour of Romans and Vikings and Anglo-Saxons, their stories stripped away to Boudicca, the Iceni and failed revolt.”
Sarah Hughes, The Independent

Rooney: The Man Behind The Goals, BBC1

“Wayne leads, he revealed, “quite a boring life.” He’s “quiet”, he explained, quietly. This access-some-areas profile by Gary Lineker tried in vain to find otherwise. He’s “shy until he gets to know you,” we heard, “and then he just doesn’t shut up.” We had to take that on trust. Nice bloke, but tight as a clam while cameras prowled around his trophy room.”
Jasper Rees, The Telegraph

“Not the greatest timing for Rooney: The Man Behind The Goals, coming the day after an indifferent performance – and no goals – in Machester United’s mauling by Arsenal. Still, the stats don’t lie: he’s scored more goals for England than anyone else. Who is he, though? Gary Lineker goes to find out… “I don’t suppose you’d show us, would you?” Gary asks. Too feeble Gary, more pressure required.”
Sam Wollaston, The Guardian

“There’s taking risks in dramas and then there’s taking Damon Lindelof-style risks. The creator of the often addictive, frequently frustrating Lost clearly hasn’t been put off by the fact that his island-based mystery is pretty much a byword for creative decisions that alienate as many fans as they thrill. In fact, if anything, he’s decided to double down.”
Sarah Hughes, The Independent

“The film was like a version of that viral video, Ten Hours of Walking in NYC as a Woman, which exposed catcalling, but applied to race. BBC Three has had finer factual hours but this was important nonetheless, wrapping a big issue in thought-provoking, youth-relevant clothing.”
Alex Hardy, The Times