TV Critics: The Face of Britain by Simon Schama; Welcome to the Mosque; You, Me and the Apocalypse

“Finesse Churchill would have been proud of.” 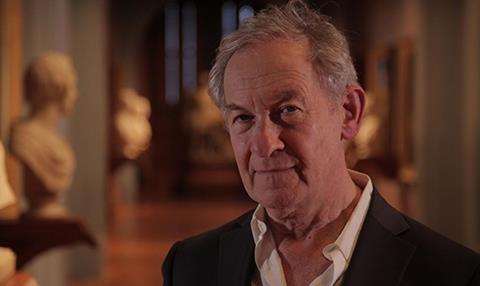 The Face of Britain by Simon Schama, BBC2

“Simon Schama doesn’t just know a thing or two about history and about art (as well as love), he’s a storyteller, too, and this is more of a rollicking good watch than homework. The exuberanceof language, intonation, mannerism, the gasps and the perfectly judged pauses, the sexy talk, might make excellent spoof fodder. But they are also what make him uniquely, Simon Schama. Schamarama, it ain’t what you do it’s the way that you do it … stop it! And it is seductive.”
Sam Wollaston, The Guardian

“We heard from some engaging experts, but this was very much the Schama show. “What they [the public] wanted was bulldog bravura, implacable strength, indomitable resolve,” he said of Yousef Karsh’s famous 1941 image of the British Bulldog (the portrait that ended the hour). Schama employed the rule of three with finesse Churchill would have been proud of.”
Sally Newall, The Independent

“Listening to Simon Schama talk about art and history is like watching an artist wield a paintbrush. He is so poised, so confident in the integrity of his vision, he sweeps you instantly into his way of seeing the world.”
Gerard O’Donovan, The Telegraph

Welcome to the Mosque, BBC2

“I think he unknowingly dealt them a blow by not questioning them further and by not pursuing the obvious argument. Because if you believe, as Robb did, that Muslim men are normal guys who don’t deserve special treatment, then surely they would be questioned on issues of equality and tolerance, just like the rest of us would be.”
Matt Baylis, Daily Express

“The so-called Islamic State were never far from people’s minds. We heard, shockingly, that schoolboys at the mosque’s school had been asked by Ofsted inspectors their views on the terror group as part of the assessment of the institution. “If you’re born in Britain, you’re going to assume you’re British until someone asks you to prove it,” said Leech. Take note, Cameron, Corbyn et al.”
Sally Newall, The Independent

“It certainly brought to the fore the sense of “besiegement”, as Leech put it, under which many Muslims live in Britain, whether in the past because of skin colour or the contemporary association, by some, of all of Islam with extremism.”
Gerard O’Donovan, The Telegraph

You, Me and the Apocalypse, Sky1

“It felt sub-Utopia. All in all, the quaint mood would have been better served by the show’s original title, Apocalypse Slough.”
Andrew Billen, The Times

“The resulting hour contained enough absurd plots and far-fetched characters to make the end of the world feel relatively plausible, even if belly laughs were a little thin on the ground. Nonetheless, its ambition and scope did it great credit, and next week’s episode should offer a better indication of the series’ long-term prospects.”
Gabriel Tate, The Telegraph

“In television’s coverage of the migration crisis, we have seen reporters in refugee camps, foreign correspondents at border points, and news anchors outside railway stations. Not until last night, however, have I followed the journey from the Greek islands to western Europe, the trek as it is actually made, in hope, in chaos and in despair. Europe’s Boarder Crisis: The Long Road brought us every step in visceral detail.”
Andrew Billen, The Times

Dark Side of the Greens, BBC4

“The sequel cleverly echoed the Aberdeenshire events in a bigger, nastier global story. There seems to be a fatal attraction between money, areas of outstanding natural beauty and an ancient Scottish game that involves hitting small, hard balls with sticks… This was about a clash far bigger, at heart about the human drive to create and destroy.”
Matt Baylis, Daily Express