TV Critics: The Last Kingdom; My Son the Jihadi; Escape To The Wild

“It’s not just an attempt at a Game of British Thrones, on a smaller scale, with a little less sex.” 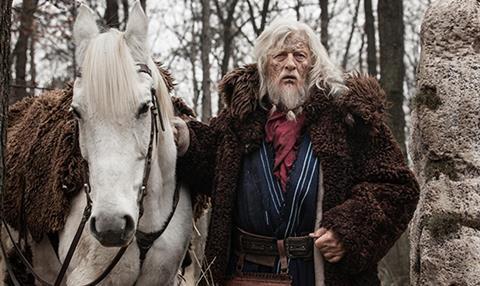 “It’s not just an attempt at a Game of British Thrones, on a smaller scale, with a little less sex. Crucially, it isn’t pure fantasy, this is historical drama (based on the books by Bernard Cornwell). Dungeons there may be, but no dragons.”
Sam Wollaston, The Guardian

“This Viking saga is less silly than Game of Thrones, and less exciting, too.”
Sean O’Grady, The Independent

“Beards are back and so is English nationalism. What never goes out of fashion is a strong, clear narrative, great fight scenes, shocking deceptions, and vivid character acting.”
Andrew Billen, The Times

My Son the Jihadi, Channel 4

“If you could take the misery, you could see this documentary was technically near perfect television.

“There was so much access, and so much of Thomas’s life on video: the baby fresh out of the maternity ward, the cheeky kid, the bearded terrorist, even the moment of his death and then his corpse”
Andrew Billen, The Times

Escape To The Wild, Channel 4

“Kevin McCloud is an excellent guide and an excellent guest by the look of things, too. Interested, questioning, game, funny and really nice with the kids too.”
Sam Wollaston, The Guardian