TV Critics: The Romanians Are Coming; Inside The Commons; EastEnders; The Gift

“This gritty, humane film made The Apprentice look like a kids’ party game.” 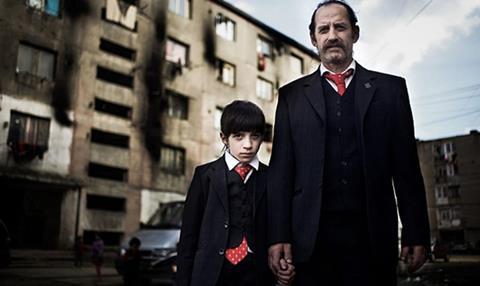 The Romanians Are Coming, Channel 4

“Narrated with a jaunty cynicism by another Romanian immigrant (an inspired touch this), this was not a pretty film. It showed, however, the free market working. This gritty, humane film made The Apprentice look like a kids’ party game.”
Andrew Billen, The Times

“You’ve seen a few documentaries about immigration before but you’ve never seen one quite like Channel 4’s new three-parter. That’s because The Romanians Are Coming is completely from the point of view of the immigrants themselves, and its unapologetic approach to this well-rehearsed debate is rather refreshing.”
Ellen E Jones, The Independent

“Not just watchable and balanced, The Romanians Are Coming is moving, and human, the personal side of a political story. Such an important story too, in the upcoming election, and in this part of the world today. You can’t ask for a lot more of a documentary.”
Sam Wollaston, The Guardian

“The result was a film that, while full of interesting people, simply didn’t come across as serious. It painted a picture of Romanian immigration that was pretty much the opposite of what it claimed, and completely failed to present any evidence whatsoever for its argument that “immigration from other EU countries makes money” for Britain.”
Gerard O’Donovan, The Telegraph

“Our innate British tendency to sympathy makes us easy targets for documentaries such as The Romanians Are Coming. Shows like this give our heartstrings a tweak, but never explain why Britain is regarded in Eastern Europe as such a soft touch. The would-be workers, swigging from beer cans and grinning through rotten teeth, insisted that it had nothing to do with our benefits system, and more to do with the free Wi-Fi.”
Christopher Stevens, Daily Mail

Inside the Commons, BBC2

“Michael Cockrell’s trick with Inside the Commons has been to follow only the most likeable MPs. These naturally are those without power. This series is certainly doing its bit to suppress turnout on May 7.”
Andrew Billen, The Times

“In the run-up to Friday’s all-live extravaganza, each of this week’s episodes includes “live inserts”, starting with the first part of Ian and Jane’s nuptials.  The live scenes worked so seamlessly, they’d have been difficult to distinguish from the pre-recorded material, had they not been flagged up by an “#EELive” badge in the corner of the screen. But fear not, there’s bound to be a visible boom or missed cue before the week is up.”
Ellen E Jones, The Independent

“The Gift is a hapless mess of a programme. Unlike Long Lost Families, which brings together relatives who desperately need to find each other, this format is one-sided.”
Christopher Stevens, Daily Mail