TV Critics: The Syndicate; An Hour to Save Your Life; The Secret Life Of Your House

“This series will do nicely for the first six weeks of summer.” 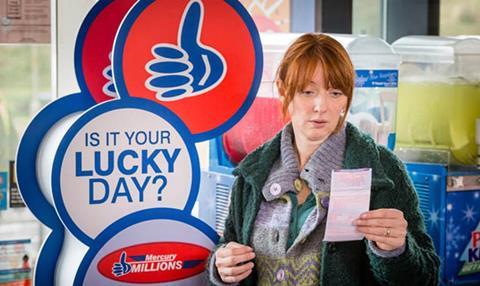 “This series will do nicely for the first six weeks of summer. A fraction of the wit and wisdom of something like Ordinary Lives but a fraction of the stress, too. Sit back, turn your brain off and relax, basking in its warm and undemanding rays.”
Lucy Mangan, The Guardian

“Make no mistake, The Syndicate is a classy piece of entertainment that’s going to massively brighten everyone’s Tuesday night for the next six weeks. Kay Mellor is without doubt the queen of television drama.”
Virginia Blackburn, Daily Express

“The Syndicate isn’t perfect. The propulsive plot at times seemed fit to burst with multiple plot threads and bafflingly tangled relationships. And the denouement felt like a twist too far. Yet if Mellor manages to combine shades of Downton and Agatha Christie convincingly, she could be on to another winner.”
Gabriel Tate, The Telegraph

“Lenny Henry was excellent as the gardener with Asperger’s syndrome who thinks he’s cracked the mathematical pattern of the lottery. Everything was building nicely, until a helicopter-load of guests arrived who were unmistakeably English actors doing American accents. That wasn’t just distracting — it was impossible to fathom.”
Christopher Stevens, Daily Mail

“Lenny Henry had roused himself from his Premier Inn slumber to play the gardener, but his portrayal of high-functioning Asperger’s Godfrey wasn’t quite winsome enough to compensate for the unsubtle dialogue and uninspiring characters. Could a show this frenetic ever be boring? Apparently so.”
Ellen E Jones, The Independent

“You can wince at some of the clichés in this fable, but I found myself rather caring by the end about what had happened to Amy, who disappeared before the lottery was drawn. This may be the best Syndicate series yet.”
Andrew Billen, The Times

An Hour to Save Your Life, BBC2

“Like 24 Hours in A&E, this is a wonderfully constructed piece of compressed drama, which manages to convey information without sacrificing feeling, preserve tension and manipulate suspense without lessening participants’ dignity.”
Lucy Mangan, The Guardian

“The medical professionals were all heroic and all spoke with the same direct, alm tone that’s nothing like the mid-surgery screaming common in medical dramas.”
Ellen E Jones, The Independent

The Secret Life Of Your House, ITV

“Once George McGavin explained that a cockroach nest smelled of mouldy cheese and damp socks, the programme was almost unwatchable. And then, in a segment about woodlice clambering up the plug-hole, we had to see George soaking in a bathtub. Now that really was unnecessary.”
Christopher Stevens, Daily Mail

“Unlike I’m a Celeb, this itch-provoking documentary treated its creepy-crawlies with respect. McGavin emerged with 57 bed bug bites and, despite the necessary compensations made for a 9pm show on ITV, his reputation as a serious entomologist intact.”
Andrew Billen, The Times