“Not an unmitigated disaster, but underwhelming and ultimately unnecessary.” 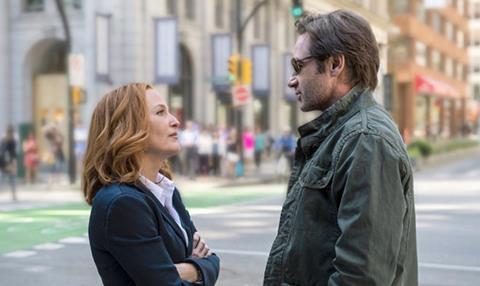 “From the retro opening credits to the return of other regulars like FBI chief Walter Skinner and Cigarette Smoking Man, it felt like the same old show – with an emphasis on the old. I’m not convinced the X-Files needed to be reopened but they’re still good fun, if aliens and nostalgia are your thing.”
Sally Newall, The Independent

“It is that X-Files murky menace and gloom that is lacking in this. It feels a little obvious (if something so complicated can be obvious), unsophisticated, crude even. Not an unmitigated disaster, but underwhelming and ultimately unnecessary.”
Sam Wollaston, The Guardian

“No one’s heart seemed to be in it. Gillian Anderson is a welcome and familiar presence in so much excellent television now, but she looked bored here, as if thinking of more interesting projects on the horizon. As campy nostalgia it might have just about passed muster; as contemporary television drama it looked and felt tired.”
Andrew Billen, The Times

“It was as if the show’s creator Chris Carter had taken all The X-Files buzzwords from over the years and dumped them into one frightful farrago. The only saving grace was the chemistry between Duchovny and Anderson.”
Patrick Smith, The Telegraph

“As the X-Files are reopened after a 14-year hiatus, that cleverness is absent. Instead, there were solemn diatribes condemning politicians in Washington who control the lives of American citizens — meaningless to a British audience. The X-Files was so much of its time that reviving it now can do nothing but harm.”
Christopher Stevens, Daily Mail

“The reason people watch these programmes is because they want to see the recruits really suffering. Alas, real hardship was thin on the ground here. My take-away was that to be in the Navy you need the folding skills of Marie Kondo, the rope-climbing ability of Curious George and an appreciation of motivational bullshit on par with an Apprentice candidate.”
Sally Newall, The Independent

“Anyone who watched Royal Marines Commando School on Channel 4 two years ago would have known what to expect. Press-ups, dressing downs, home sickness, calls to ‘man up’, triumphs over adversity – all present and correct. In terms of drama, however, the opener lacked the ferocious, mud-caked intensity that made that series so compelling.”
Patrick Smith, The Telegraph

“Royal Navy School feels like a remake, but isn’t. It simply motors through well-charted waters, following a cadre of new recruits as they tackle the ten-week training course at HMS Raleigh in Cornwall. It’s all mildly entertaining but, like The X-Files, nothing we haven’t seen before.”
Christopher Stevens, Daily Mail

“Magali Pettier’s documentary offered an astute, unforced survey, notable for its honesty, humour and lack of sentimentality. I can’t say I envied the hill farmers, but their dedication and passion was admirable and humbling throughout this absorbing, beautiful film.”
Andrew Billen, The Times